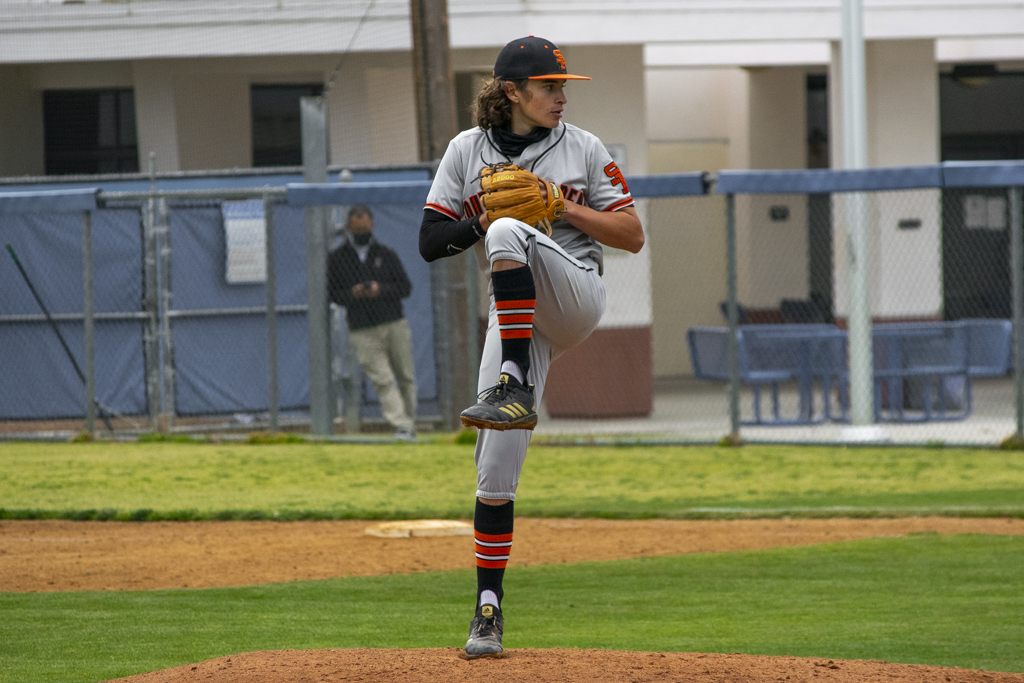 Softball is left with a 0-2 league record while baseball stands at 1-1.

Baseball and softball visited San Marino for the first season matchup with the rival Titans on Tuesday, April 13; the boys earned their first league win of the year, 7-0, while the girls fell, 6-2.

Sophomore catcher Ivan Becerra set the tone early and kicked the game off with a two-run homer to left field. The Tigers steadily inched away from the Titans, scoring at least once in the second, third, fourth, and seventh innings, and easily trotted to a 7-0 win.

Defensively, senior pitcher Nico Schroeder held down the fort, pitching six shutout innings with only one base hit allowed.

Meanwhile, softball was locked in a tight struggle through the first four innings. South Pas gave up an early run in the first, but found its footing at the top of the third.

However, San Marino seized back control with a score at the bottom of the third and a key adjustment: subbing in a backup pitcher in the fifth inning. The Tigers were unable to adapt to this quick change and went scoreless the rest of the game; a four-run fifth inning from the Titans sealed their 6-2 victory.

With a roster of only two seniors and 12 underclassmen, softball drops to 0-2 in the Rio Hondo League, but remains optimistic for the rest of the season.

“We’re a really young team, but most of these girls have been playing together on travel teams and Little League teams for a long time,” Park said. “Even though we’re underclassmen heavy, I think there’s a lot of talent on our team and I’m excited to see how we do this season.”

Softball will return on Friday, April 16, when it hosts Temple City, while baseball will compete on Thursday, April 15, as it looks to improve upon its 0-2 league record.