Top Posts
Boys track earns second CIF title in SPHS...
Rising Senior Nicholas Chau commits to dive for...
Breaking the unspoken rule against voicing my opinions
Coping and cutting my hair
Anime carries surprising weight
Competition is fracturing
Stop telling me that distance learning is easy
Discovery identity
Finding the right fit
My high school experience as a game of...
Home Feature ‘How to Train Your Dragon: The Hidden World’ Soars Over its Predecessors
FeatureWeb Exclusive 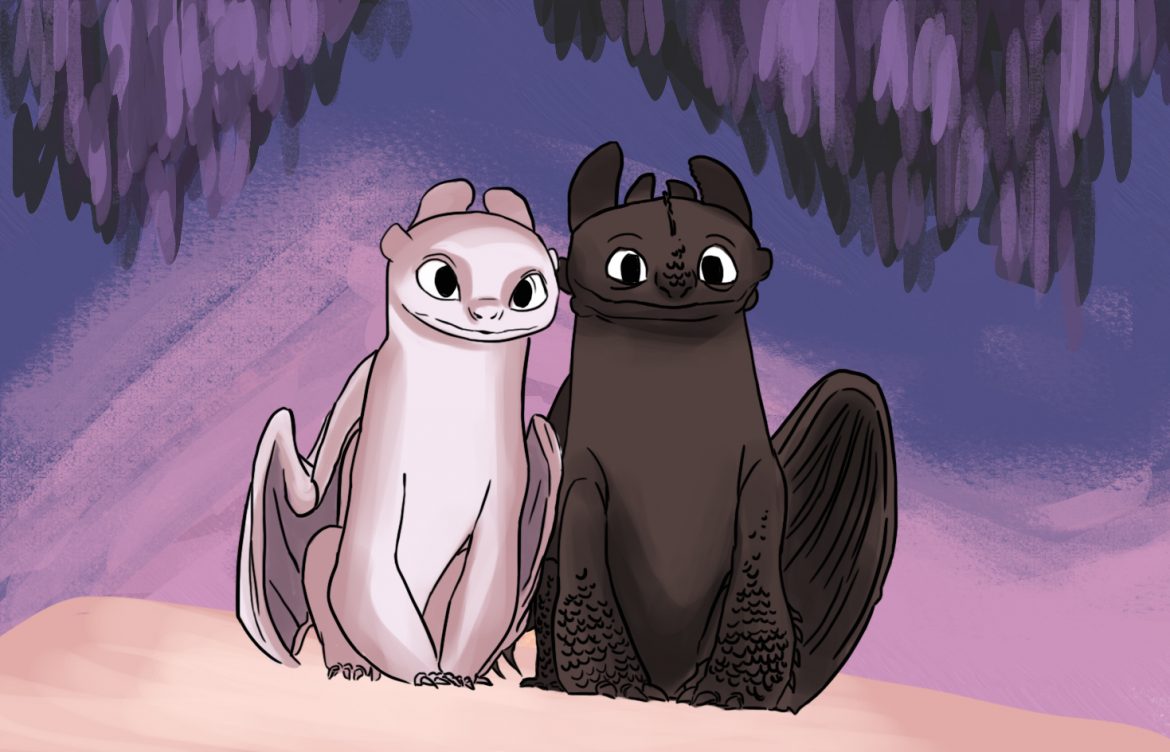 DreamWorks' latest installment in the 'How to Train Your Dragon' series surpassed all expectations.

This is Berk: the island where dragons populate the skies as the Vikings of Berk roam the terrain. The union between dragons and Vikings has proven to be beneficial ever since Hiccup and his dragon companion, Toothless, first glided through the skies. We have seen the pair, and Berk as a whole, evolve in front of our eyes, and the trilogy has been an epic adventure.

The first two installments were incredible, and the third chapter, directed by Dean DeBlois, brings a well crafted conclusion to the series. Surprisingly, How to Train Your Dragon: The Hidden World, defied the commonly accepted notion that the third installment of film trilogies is somewhat disappointing. Not only did the film live up to the previous entries in the franchise; The Hidden World surpassed them and concluded the franchise in a deeply emotional and satisfying way.

How to Train Your Dragon: The Hidden World is set a year after the events of How to Train Your Dragon 2. Hiccup (Jay Baruchel) and his band of misfits continue to rescue dragons and bring them back to Berk, creating a dragon-Viking utopia. However, this mass of dragons also puts a massive target on the Vikings for intimidating, bloodthirsty dragon hunters like Grimmel (F. Murray Abraham), who has killed every Night Fury except Toothless (Hiccup’s dragon companion) and believes that humans and dragons will never be at peace. Grimmel’s desire to wipe out all Night Furies leads him on a hunt for the people of Berk.

After multiple attempts at coming up with a solution, Hiccup realizes that he must find the Hidden World (a protected land where Vikings and dragons can live isolated from the rest of the world). Along the way, Toothless is introduced to a white-scaled female dragon that resembles a Night Fury, dubbed the Light Fury, who he starts to develop feelings for, putting Toothless and Hiccup on separate paths of discovery.

The first film sought to demonstrate how Vikings and dragons can live in harmony, while the second is centered on Hiccup’s journey of personal growth. The Hidden World finds a balance between the character arcs of Hiccup and Toothless, delving deeply into both of the characters and their significant futures and responsibilities. The relationship between Hiccup and Astrid, his long-time love interest, also shows incredible growth and maturity. They both realize how supporting one another can lead to finding the power to persevere, even when victory seems impossible.

From the majestic themes of dragon-riders taking to the sky to the harmonious melodies of the moments shared between Hiccup and Astrid, the How to Train Your Dragon series has always had an exceptional original score. John Powell, the film’s composer, perpetually aligns the best scores with the on screen emotional dynamics.

DreamWorks usually has a tough time conveying movies to a mature audience due to the studio’s recent titles; however, the How To Train Your Dragon series has consistently strayed away from immaturity and is DreamWorks’ most complex and emotionally-invested franchise. As expected, the series maintains its appeal to younger audiences with a fair share of laughs.

Though the film was portrayed as “the emotional conclusion to the franchise,” The Hidden World surprisingly retained comedic elements. The wisecracking Gobber (Craig Ferguson) was still a scene stealer, but characters like the arrogant Snotlout (Jonah Hill) and the unintelligent Ruffnut (Kristen Wiig) brought even more hilarity to the most recent installment than in the first or second. A lot of the comedy also came from the interaction between Toothless and the Light Fury. Watching Toothless clumsily fly into his first romance was very amusing (and relatable).

Ten years have passed since the first film, and The Hidden World makes the correct decision to aim for a story about growing up and maturing and how those themes affects relationships, especially evident in the film’s ending. DreamWorks clearly understands the trials that its audience will inevitably face later in life and utilizes simple theatrical elements to get audiences further invested in its message, making The Hidden World the best film of the series.