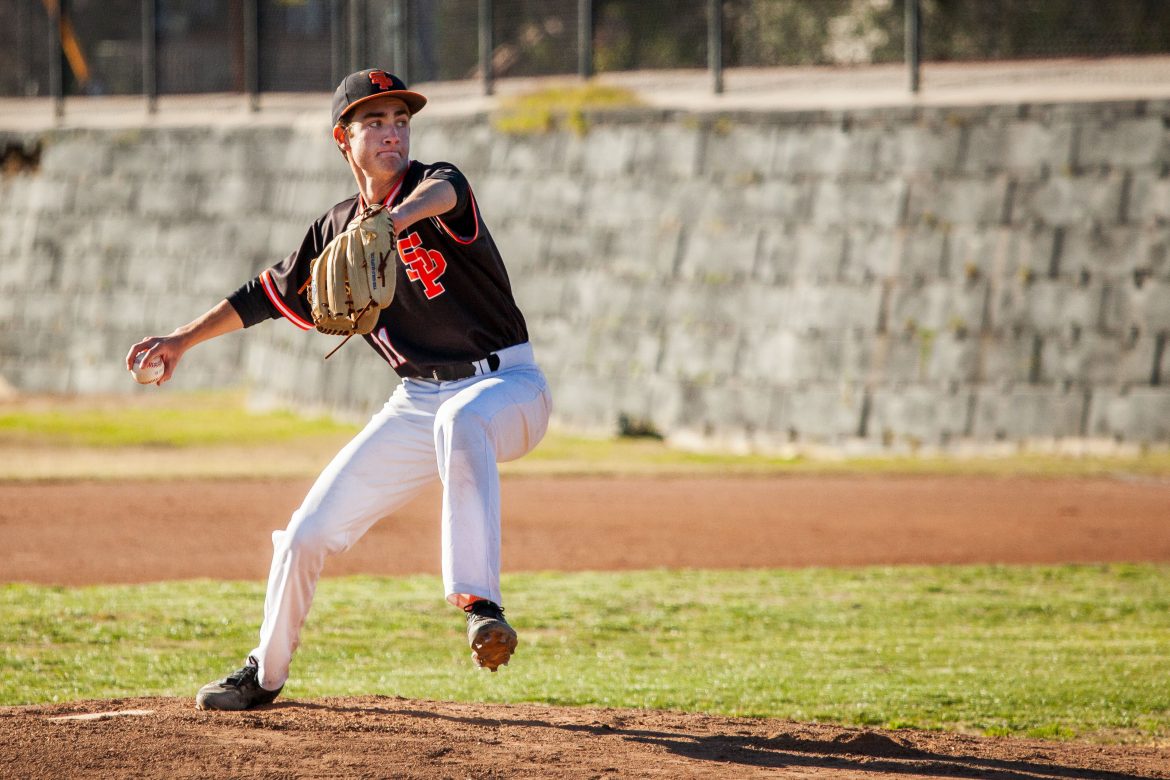 Senior Miles Grossman strides to the plate during his winning performance against Hoover.

The SPHS boys’ baseball team opened up their preseason campaign in the Dave Moore tournament this past week, finishing 2-3 in their opening games.

The Tigers came out swinging against the Marshall Eagles on Saturday, plating four runners in the first inning off of a two run double from senior Dylan Benton and a pair of RBI doubles from seniors Adam Schroeder and Noah Parker. However, South Pas was unable to hang on to lead and gave up four runs in the sixth inning, dropping the opening matchup 6-4.

A stellar complete game performance from Schroeder propelled the Tigers to a 11-2 victory against Sierra Vista on Monday. The Tigers exhibited patience at the plate, turning inconsistent opponent pitching into free bases and easy runs.

However, the Tigers were unable to match Schroeder’s gem in previous game, walking fourteen people in a 11-4 loss to the Cathedral Phantoms the following day. The highlight of the game came off an RBI double from junior Samuel Luna-Long, who hit the centerfield wall in one of the few cleans hits of the evening.

South Pas would bounce back against the Hoover Tornadoes in the fourth game of the tournament. Lights out pitching from senior Miles Grossman as well as a two-hit game from freshman Michael Ebner drove the Tigers to a dominating 6-0 win.

In the final tournament matchup, the Tigers faced off against the tough La Salle Lancers. Although the Tigers struck first with an RBI double from Luna-Long in the second inning, La Salle would capitalize on numerous Tiger defensive errors, scoring 11 unanswered from the third to sixth inning. The game and tournament concluded on a sour note with the 11-1 blowout loss.

The Tigers will compete in their final preseason tuneup on Wednesday, February 27 against the University Wildcats.