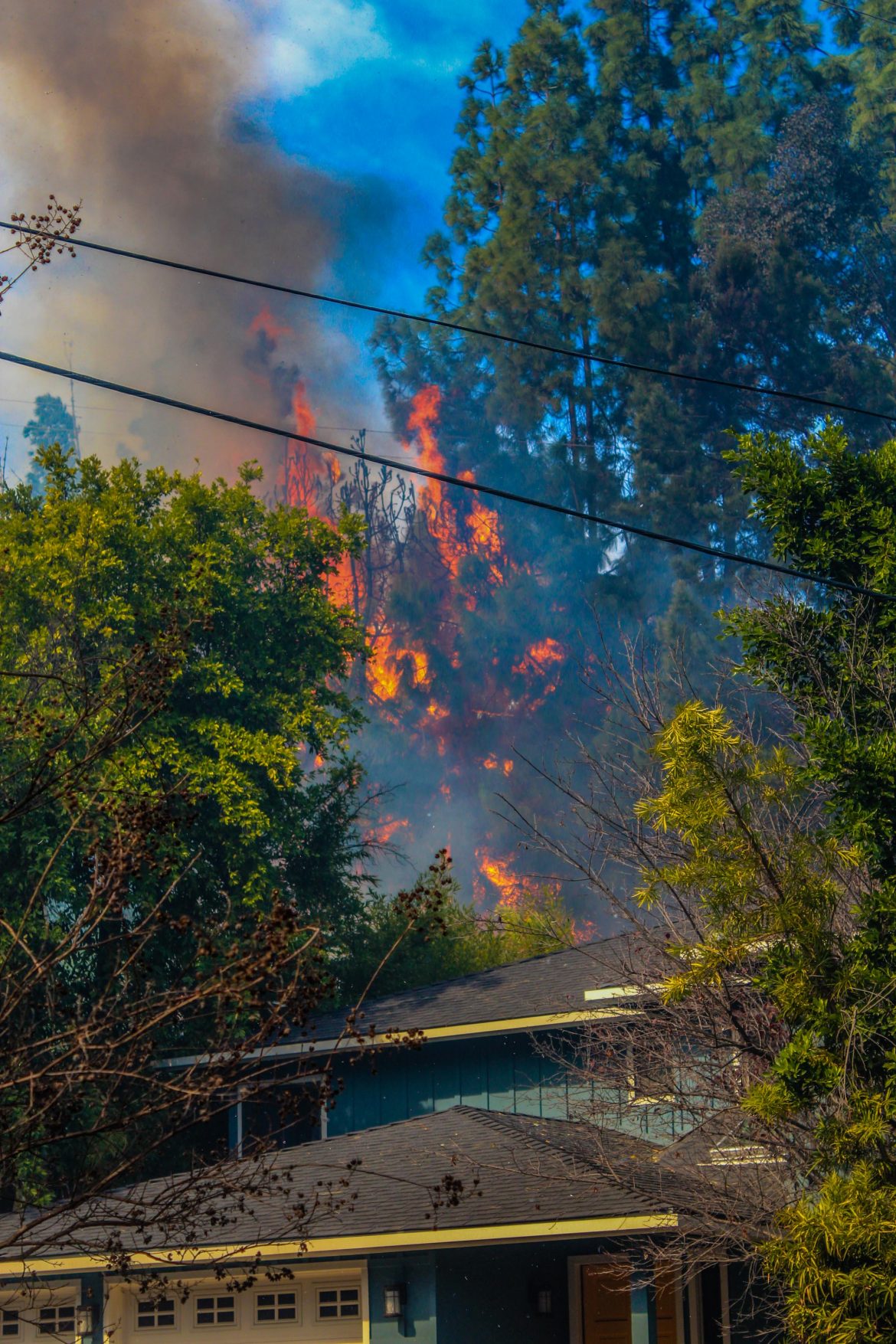 A brush fire flared up on Bank St. around noon. No injuries nor structural damage were reported.

A fire broke out in the trees between two homes on the 800 block of Bank St. in South Pasadena on Monday, Feb. 3. The cause of the fire, which began around noon, has yet to be determined. No injuries were reported.

Two calls were made to the South Pasadena Fire Department, one from the homeowner and the second from a resident on the south side of the street. The latter reported a brush fire.

First responders from South Pasadena arrived soon after the fire was detected. According to SPFD Captain Kris Saxon, Pasadena, Alhambra, San Marino, and Los Angeles City fire departments sent units to assist SPFD. San Marino Fire Department set up a perimeter to help prevent the flames from crossing to Via del Rey. The only sustained structural damage was to a stockade fence between the two homes.

An investigation is underway to uncover the cause of the blaze. High winds during the day may have sparked an electrical line, but no downed power lines have been discovered. Nearby resident Joe Gamble said that he was working in his studio when he heard an electrical transformer pop and he saw the flames, prompting him to call 911.

Norm Ono was alerted to the fire when he heard a loud bang. “I went outside and there was a tree that had [fallen] by our neighbor’s house. And then all of a sudden, I [saw] a fire so I called 911 [but] somebody had already reported it. The situation moved pretty fast.”

More details will be posted as they become available.