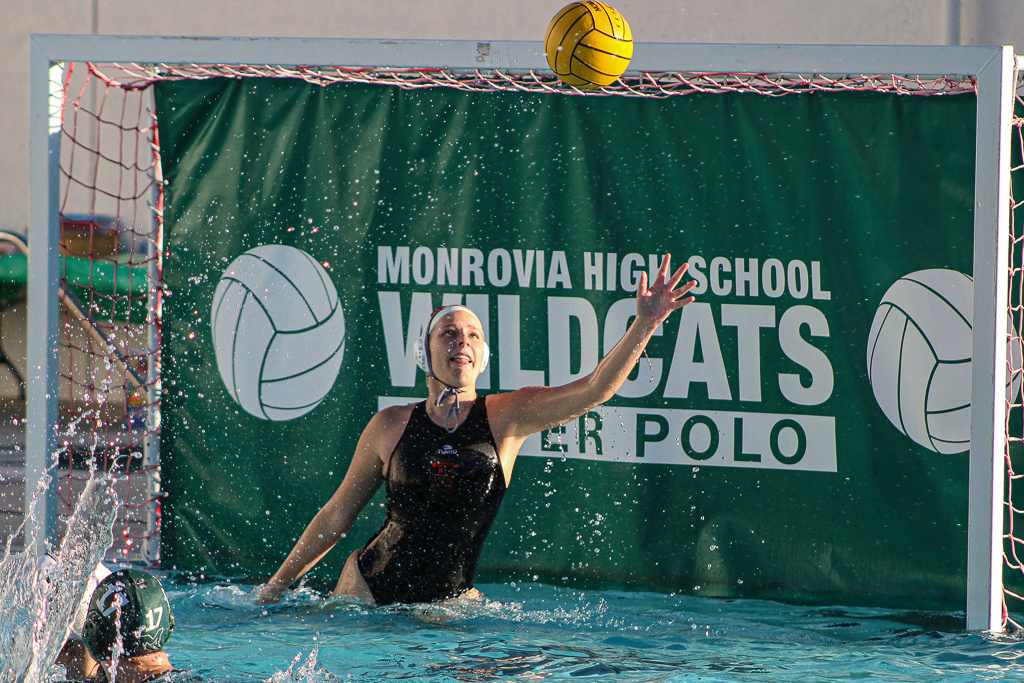 The Tigers struggled to defend the larger cage, conceding 11 goals in the first half.

In their first game in over a week, the Tigers were rusty and had trouble adapting to the Monrovia pool. One side of the Wildcats’ pool was shallow enough to allow the keeper to stand. To compensate for this advantage, the cage on that side was made larger, so that when the goalie stood, she was still covering the same amount of area as the treading opposing keeper.

South Pas struggled to familiarize itself with the pool in the first half, as the team started off with the larger cage. With such a wide range to defend, senior goalkeeper Krystal Lee was unable to block Monrovia’s high shots.

Miscalculated passes, slow reactions, and the opposition’s strong defense rendered the Tigers’ offensive approach impossible. The first two quarters quickly ended with South Pas unable to score and the opponents in the lead by seven points.

In the third quarter, junior Amanda Kanaly took the matter in her own hands. After receiving the ball from freshman Grace Markus, Kanaly struck a skip shot towards the cage, and the ball passed through, under the goalie’s arm.

Kanaly continued to add another point to the Tigers’ score as she quickly sped past the Wildcats and once the ball landed in her hands, she immediately launched another skip shot in. On the other end, junior goalkeeper Gloria Gray kept a third quarter clean sheet and blocked every Monrovia strikes. Still, the Wildcats continued to lead with a score of 11-2.

From the start of the fourth quarter, Markus secured an early possession and quickly scored as the opposition scrambled to locate the ball. As the Monrovia eased off the gas, Markus seized this opportunity to strategically throw an overhead shot. However, with no time left for further scoring, the match ended 11-4 in the Wildcats’ favor.

“The environment of their pool altered our mentality and we could have played a lot better,” Kanaly said. “We kept making careless mistakes that put us in situations that allowed the other team to get ahead. From then, it was just a downward spiral.”

The Tigers will host their Senior Night and play their last game against San Marino in their home pool on Thursday, Feb. 4.