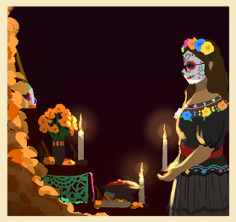 In honor of Hispanic Heritage Month, Tiger interviewed four Hispanic students to understand how they connect with their culture and keep traditions alive.

Hispanic Heritage month, which began on Sept. 15 and ends on Oct. 15, celebrates the achievements and impact Hispanic, or Spanish-speaking, people have had on American culture, society, and government. Tiger interviewed four Hispanic students to understand how they connect with their culture and keep traditions alive. 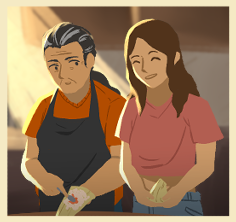 Cooking alleviates cultural disconnect
Junior Julie Frias has struggled to connect with her Vietnamese and Laotian and Mexican backgrounds. Despite this, Frias has found ways to take pride in being a member of the Latinx community.

Society often pressures, and has historically forced, Black Indigenous People of Color (BIPOC) to outwardly identify with only one race even if they are multiracial. When discussing her multicultural background, Frias feels that her Vietnamese, Laotian and Mexican heritages are competing for one place within her identity.

“I have struggled with my identity and have always felt that I did not belong to either community. I wasn’t Asian enough for the Asian community or Latina enough for the Latinx community,” Frias said. “I feel like my opinion [on societal issues] will not be validated since I am only half or don’t look the part. [However,] I am very proud to be half Latina. It represents my family’s hard work and sacrifice in this country to get me where I am today.”

As a first-generation American, Frias has witnessed firsthand the importance of keeping family traditions alive while adjusting to a new environment.

Frias hopes to pass on memories of cooking traditional food to her children so that they will be able to connect with their Hispanic heritage as well. 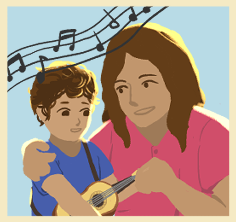 Tradition teaches life lessons
Pupusas, music, humility, and hammocks: These are some of the words that pop up in senior and first-generation American Brian Zepeda’s mind when reflecting on his Salvadoran heritage. Zepeda views his mother, Zeibis Arely Zepeda, as the connection between American and Salvadoran culture.

Zepeda proudly describes the shared values of gratitude, generosity, and hard work that his family has instilled in him. Oftentimes, he says, the people in El Salvador do not come from wealth, so they have a strong appreciation for everything they own and the effort it took to achieve it —  including his own mother, who sold candies on a street corner in her home country at the age of four to support her family.

“[Salvadoran people] tend to be nice to their neighbors. We’re taught to think about others a lot more than ourselves, which is something I think a lot of kids our age don’t necessarily think about.”

Zepeda beamed about his Salvadoran playlist, with the bright sounds of trumpets and powerful love songs. He learned both to embrace his own rich heritage and appreciate different cultures from his mom.

“Hispanic parents are often close-minded about political topics and what to wear and things like that…. More recently my mom has changed and been like, ‘I want you to express who you are,’ because the more I grow up the more she realizes who I’m becoming.”

Zepeda feels connected to both El Salvador and America through his mother’s teachings and his experiences in South Pasadena. Together, they will continue to share joyous family traditions together.

Death is a cause for celebration
While many people are scared of death, junior Frida Rojas’ Mexican heritage has taught her not to fear death but instead welcome it with celebration and joy.

Rojas’ family is extremely close in the most literal sense possible. Her abuelita, tías, and tíos all live together in one plot of land that her tío built. The household is completely run by her abuelita, who babysits the children, cooks and cleans, and makes blankets for the family members.

Rojas and her tight-knit family also retain a strong connection to their heritage.

“I have always felt like Mexicans stay super close to their culture, even after they immigrate to America,” Rojas said. “We have a really strong pride in our traditions and  [our] behavior.”

Día de Los Muertos is a prime example of how Rojas engages in Mexican traditions. During the holiday Rojas colors paper skulls, eats her abuelita’s food, and sets up altars for her loved ones who have passed.

When a loved one dies, she goes through the same five-step grief process like everyone else, but the event of the death itself is never sad. Rojas feels that laying out special memorabilia on an altar allows the family member to remain close.

“When symbols of their life are right in front of you, it feels like they never died, you know? I get to think of them like they’re still here with me.”

Rojas is grateful for the lasting cultural impact of Día de Los Muertos and she is set on approaching her life and death with a fearless outlook. 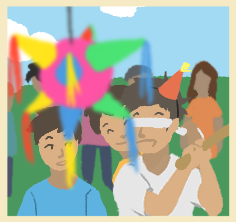 Family heritage cultivates pride
Senior Matteo Lee and his brothers, sophomores Tomás and Nico, developed rich identities intertwined with the traditions of their Mexican family. Thus, they do not shy away from acknowledging the difficult truths of their family’s immigrant experience. A poignant reminder of the brothers’ background is the white-washing of their uncles and mother’s birth certificates when they immigrated to the U.S. in the 1950s.

“When my mom told me she was ‘white,’ I was shocked. I couldn’t believe there wasn’t a Hispanic or Latino option,” Matteo said. “That story taught me to be proud of who I am as a Latino.”

Each sibling honors their heritage uniquely, but the importance of family is a common factor. This value invokes countless memories of birthdays, holidays, and weekend visits with their extended family.

“One special tradition my mom has kept up to this day is getting us piñatas for our birthdays,” Matteo said. “It is now a ritual that all of our friends have gotten used to at parties, and one that I hope some of them will continue to take part in.”

The twin brothers remember another lasting familial memory of their Hispanic heritage.

“Domingo means Sunday, but it also means allowance in Spanish,” Nico said. “So when we were younger, our grandparents gave us five dollars every Sunday.  This strengthened the bond between us, our grandparents, [and our culture].”

As they reach adulthood, the three Lee brothers hope to continue commemorating their culture by building more memories with their family.