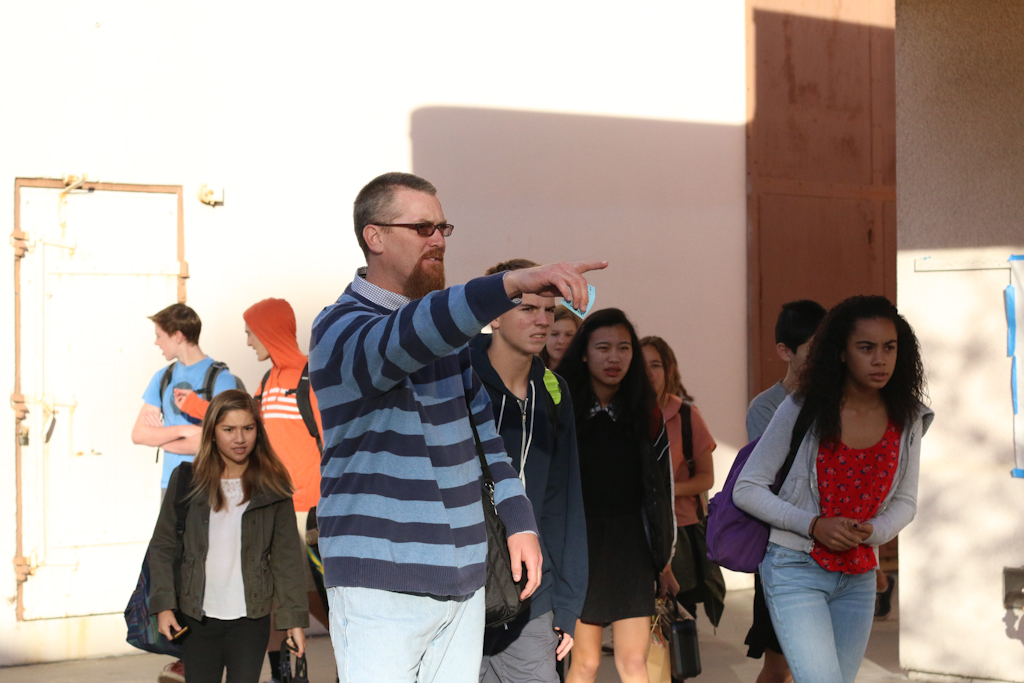 Faculty arrived at South Pasadena High School early Monday morning to find the door locks to every classroom, maintenance, and the main office sealed with Gorilla Glue, a super adhesive substance. By 8:00 a.m., almost every classroom was still locked and students waited for official instruction.

“I got here at 7:40 here to find the bathrooms locked,“ sophomore Janice Park said. “When I realized everything was locked, I didn’t know what to do. I came really close to going home.”

Principal Janet Anderson then made an announcement that students should report to their first period teachers. While custodians unsealed each classroom one by one, many students waited in the gym, cafeteria, and auditorium.

The culprit or culprits are still unknown, but the vandalism has sparked a push in installing security cameras across campus. The school administration has discussed installing cameras for several years, and cameras were even purchased at a point through a city grant, but never utilized. Now, however, cameras are a priority, and will be an important topic of discussion at tomorrow evening’s school board meeting.

“Tomorrow night at the board meeting they will hopefully be approving cameras,” said Anderson. “We have proposed a pretty vast installation. We had a grant with the city several years ago, and cameras were purchased, but they were never installed.”

A primary concern of administrators is the cost of repairing the damage done to nearly every lock on campus. Although the exact cost has not yet been determined, it is certain that replacing each lock will be costly.

“This kind of vandalism isn’t clever,” Anderson said. “There will be replacement costs, overtime costs, and security costs… All these things do add up to considerable expenditure.”

Future action for security on campus has not yet been determined, although there are short-term plans to have security guards on campus during the evening or overnight.

“Temporarily we are talking about night time supervision,” said Anderson. “We haven’t really determined next steps, but there is hope that cameras will act as successful deterrents [for crime].”

Administrators are still unsure of what disciplinary action will be taken, as the investigation has not yet yielded any suspects. However, they are encouraging anyone with information to come forward.

“I put out a dialer to all the families and I did ask anyone who knows anything about who may have done this to please contact me or the South Pas police,” Anderson said. “[Vandalism] is so costly to the district in time, money, and resources. There is just nothing good that comes of it.”