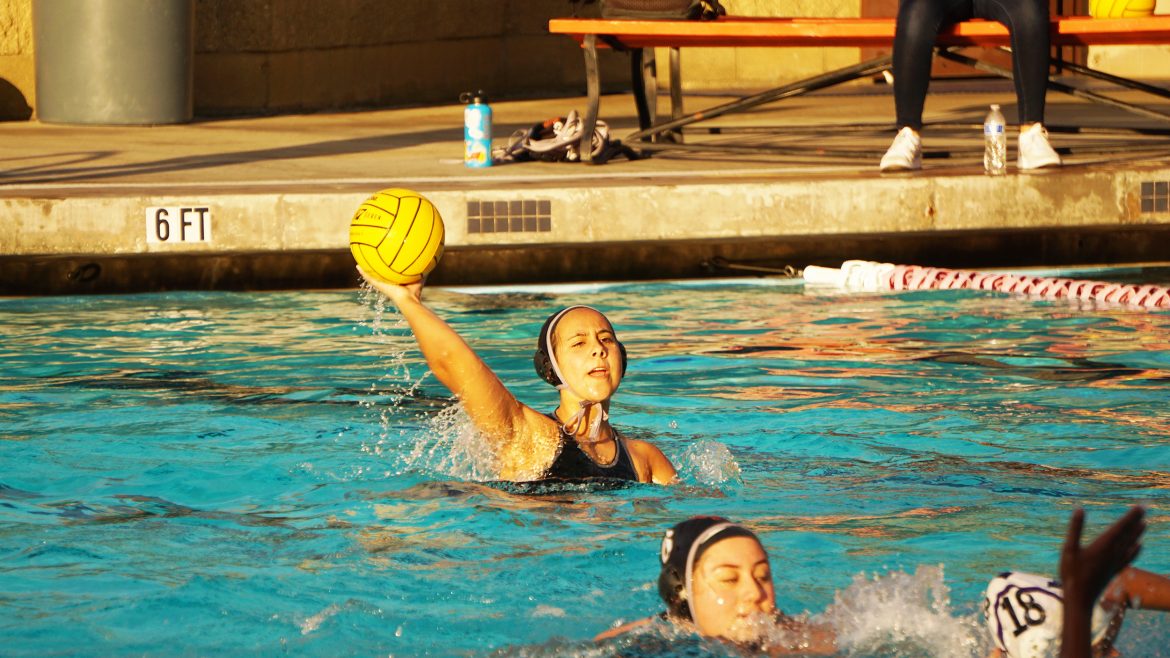 The Tigers remained in full control of the entire game, maintaining a comfortable lead throughout.

Girls water polo earned in its first victory, defeating the Hoover Tornadoes, 12-5, on Wednesday, Dec. 11. Freshman Grace Markus set the tone with her aggressiveness on offense and would finish the game with five goals.

Markus snagged the opening sprint and from the start, the Tigers looked confident with the ball, a huge difference from their previous two games. The girls calmly passed the ball around the perimeter, patiently waiting until a good opportunity arose.

Turning defense into offense, Markus kick-started the South Pas scoring. She quickly blocked a Tornado strike and lofted the ball to junior Amanda Kanaly, who then scored. Shortly after Kanaly’s opening goal, senior Kili Dickinson and junior Piper Fleming slammed the ball into the net in rapid success to form an early 3-0 advantage at the end of the first.

Only twelve seconds into second quarter, Markus captured the first possession once again and thrust the ball into the goal. Junior Emma Kucera would net another goal and South Pas entered the break with a comfortable 5-1 lead.

The Tigers cranked up the pace in the second half, whipping dart-like passes across the pool.  Fleming, Dickinson, and Markus all cashed in on easy scoring chances. The team added another five points to its score, concluding third quarter, 10-3 in the Tigers’ favor.

In the last quarter, South Pas eased off the gas pedal while still maintaining a high level of energy. With the shot clock buzzing, the game ended with the Tigers’ 12-5 victory.

“We were definitely more prepared for this game,” Kanaly said. “Fortunately, we were victorious and this really gave us an opportunity to work on offense, driving, and passing. This game brought us together more as a team, since we were able to focus on and develop communication, ball work, and the fundamentals.”

Girls water polo aims to carry this momentum into the Villa Park tournament on the weekend of Dec. 13.