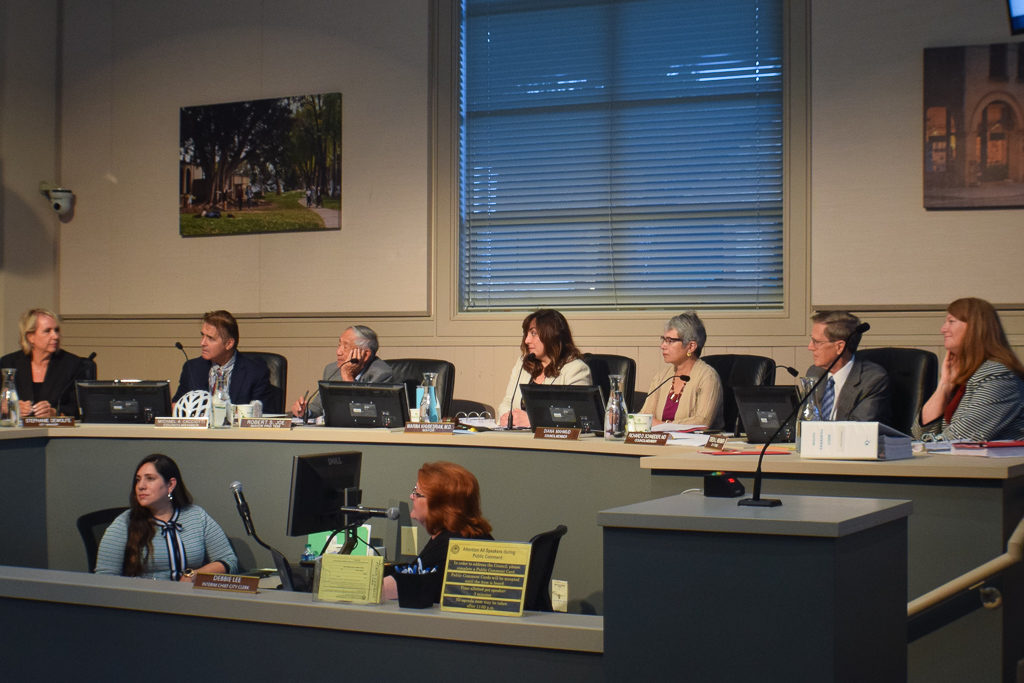 Robert S. Joe, the 2018-2019 mayor pro tem, is the South Pasadena mayor for the next year, and council member Diana Mahmud will be the 2019-2020 mayor pro tem. Both were elected unanimously by the council, as part of the city’s leadership cycle. Joe was elected to the council first in 2011, and served his most recent term as mayor in 2014-2015, while Mahmud was mayor the following year.

The mayor pro tem typically assumes the top position in the city following the end of the mayor’s term, with each council member rotating through both leadership positions every year.

Joe also presented Khubesrian with the gift of planting a tree in her honor, a mayoral tradition started several years prior.

“I’d like to start by thanking my fellow council members for voting me in as mayor for the upcoming year,” Joe said. “I really appreciate the confidence you have in me. It’s an honor and privilege to serve the city of South Pasadena.”

Khubesrian presented the annual state of the city address, which highlighted the many ways she has seen South Pasadena grow in the last year. The mayor focused on aspects of activism, including the youth climate strike, the city’s leadership in the region dealing with the no 710 campaign and hosting the 17th convening of LA County mayors, and South Pasadena’s attraction for business, supported by the 11 ribbon cuttings that occurred in 2019.

“We saw a lot of youth activists who participated in climate strikes this year, they came to meetings and showed up,” Khubesrian said. “I see South Pasadena as a city that gives back through activism, through volunteerism [and] leads the region.”

City council also gave out three certificates of recognition: to Laura Farber, the current president of the Tournament of Roses; Shower of Hope, a local organization that helps the homeless; and the League of Women Voters in the Pasadena area, commemorating the 100th anniversary of women’s suffrage.

Farber is the TOR’s first Latina president and is celebrating her immigrant background with the parade’s theme of hope, visible in the diverse group of international bands she recruited. Furthermore, Farber coordinated the first female pilot to fly the V2 flyover before the Rose Bowl game.

City hall is currently displaying art themed as a celebration of the Latin American women, the first installation arranged by new curator 11:11 A Creative Collective. Council member Diana Mahmud, the board’s only Latina, recognized the inclusive and thought-provoking display, but encouraged the curators to draw from South Pasadena’s wealth of local artists rather than foreign exhibitors.

The Public Works commission was officially declared an independent entity, shooting down efforts to merge the body with the Freeway and Transportation commission.

South Pasadena city council will convene next on Wednesday, Dec. 18, for the council’s last meeting of 2019.