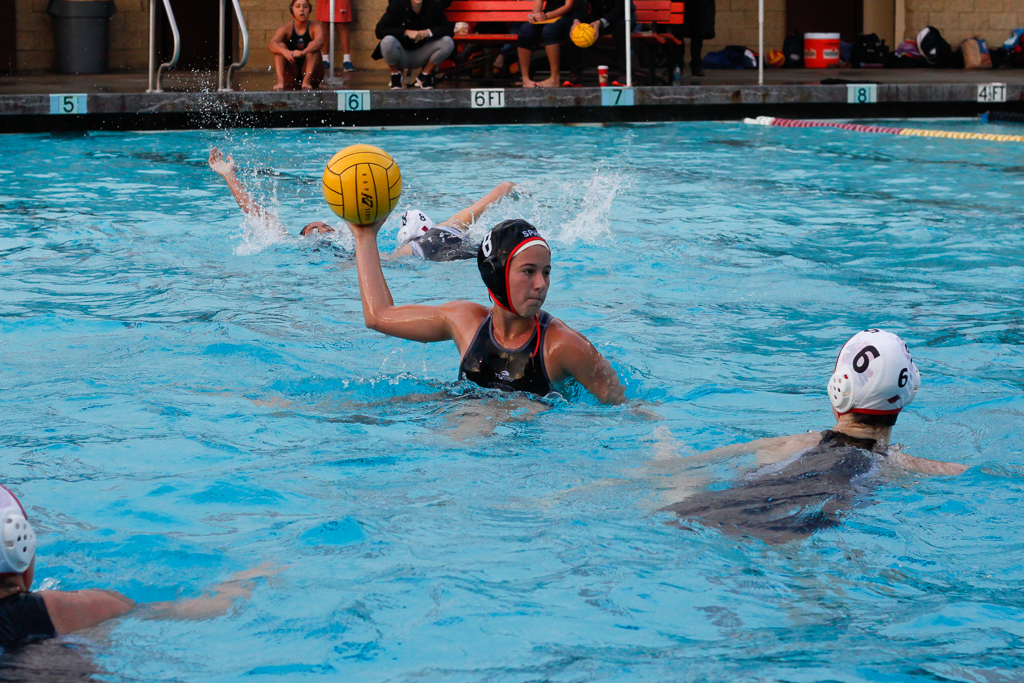 Girls’ water polo suffered their second straight defeat of the year to the Mayfield Cubs Tuesday afternoon in a 9-4 loss at the Tiger pool. The Tigers fall to 1-2 in non-conference play, after beating El Rancho but losing to Pasadena Poly, both earlier this year.

The Tigers came out strong in the first quarter, junior Bianca Vera quickly rocketing in two goals. Senior goalkeeper Clarque De Young led the Tigers defensively with two saves, but Mayfield managed to power two goals in. The team came out of the period tied 2-2.

The Tigers gave the lead up to Mayfield in the second quarter, as, despite three De Young saves, the Cubs shot in two more. The half came to a close with the Tigers down 4-3, the Tigers’ third goal coming from freshman Sumi Rudisky. The Cubs widened the gap even more in the third quarter, scoring three times and holding South Pas to no goals. The Tigers moved into the fourth quarter down 7-3.

The squad fought aggressively in the final period, opening the fourth quarter with another goal by Vera. Sophomore Skyler Ramirez replaced De Young in goal. The Cubs, however, managed to maintain their lead, and the game drew to a close after a late goal by Mayfield brought the score to 9-4.

The team returns on January 5 after a brief hiatus to take on Westridge at home. As they near the start of league on January 13, they are working hard to ensure success in Rio Hondo play.

“We’re going to keep training hard and practicing often,” sophomore Brittany Jarjour said. “We are going to work as a team and support each other for success in all our games.”