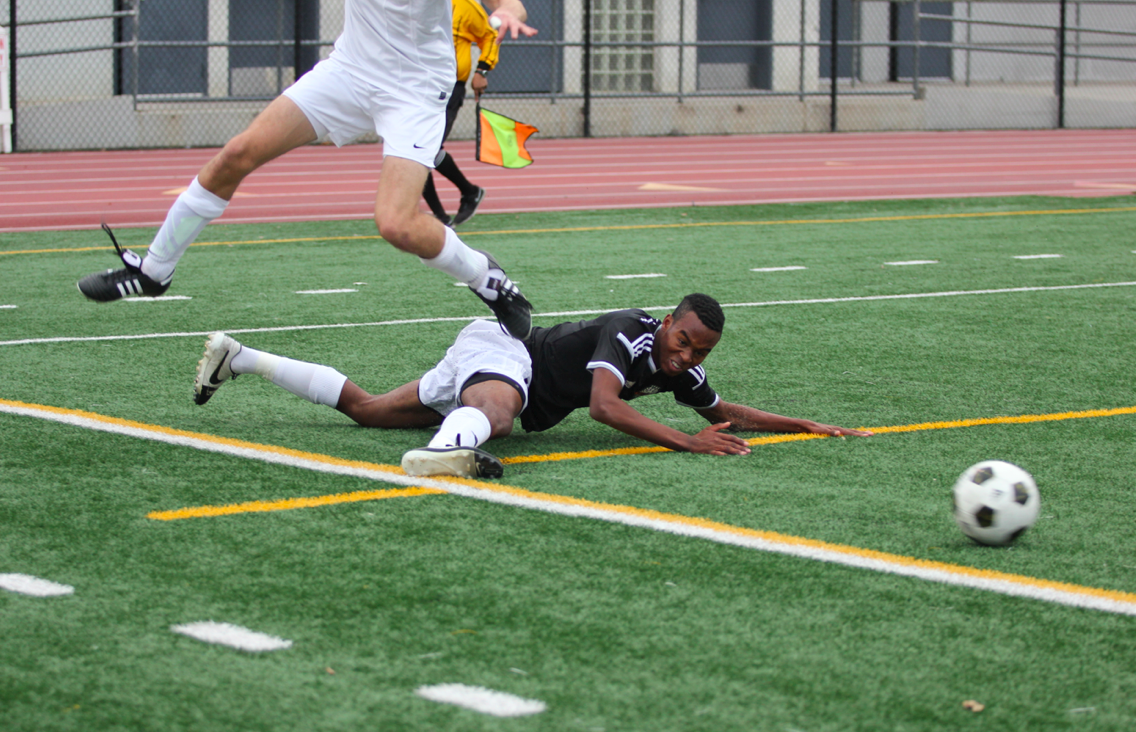 The South Pasadena varsity boys’ soccer team tied the Pasadena-Polytechnic Panthers 1-1 on Wednesday, marking their final game on home turf. The game was hard-fought throughout, both teams maintaining possession and composure on both sides of the ball. Players’ physicality was also tested, with multiple fouls bring called and numerous cards drawn. Poly left the game with three yellows to South Pasadena’s one.

The first half started off poorly for the Tigers, the team almost conceding an easy goal in the opening minutes. Thankfully, good awareness from goalie Kevin Foster prevented the Panthers from scoring right out of the gate. After the early scare, the Tigers managed to control the ball for the majority of the half, setting senior forward Jordan Jackmon and junior striker Oskar Hernandez up for chances on offense, none of which came to fruition. Eventually, Poly took advantage of a counterattack to find a break in the Tiger defense and score, despite a stellar initial save from Foster. It only took the Tigers a few minutes to answer right back, as Jackmon rifled a shot off the crossbar and in to equalize the game. Now tied 1-1, the Tigers had momentum. Jackmon was fouled on a promising breakaway, in which the responsible Panther was carded, only to have the resulting free kick miss. Senior captain Ramon Gutierrez continued to be a force on both sides of the ball, but couldn’t find another way to score. The game went to halftime tied up at 1.

“Overall, the game went well,” junior left middle Tim Hitchcock said. “We started to play a lot more during the second half and we realized more possession.”

The second half opened up with the Poly keeper accidentally catching the ball outside of the goalie box, resulting in another South Pas free kick. The team would miss again, letting Poly off the hook for a mental error. Poly was rewarded a corner soon after, which marked their first offensive attack in a long while. A Panther headed the cross in past the Tiger goalkeeper, but the ball was kept out of the goal after a great defensive stop. Neither offense could get anything else going for the remainder of the game, and cards were beginning to be handed out. In the end, neither team could break the tie, and the game ended 1-1.

This game is the last time the Tigers will play on their home turf this season, as the recent track renovations are preventing any events from happening. The remaining home games will be played in the Arroyo or at Occidental.

The Tigers’ next game is on January 6th, when the team travels to Baldwin Park to take on the Sierra Vista Dons. The Tigers will look to pick up their fourth win of the season, before playing Alhambra in their final non-conference game of the season. League season will begin for the team January 14th when they take on the Blair Vikings on the road.