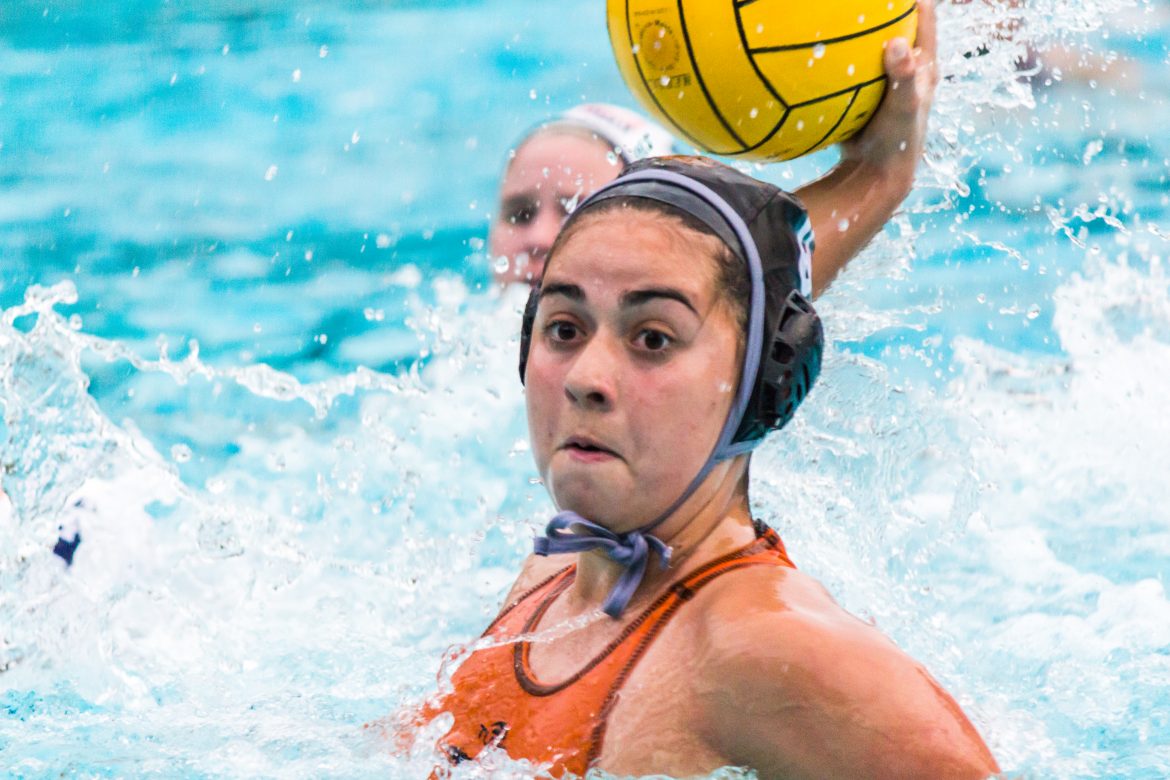 Junior Sydney Shettleroe cocks her arm back to take a shot over center, in South Pas 13-8 win over Polytechnic. Shettleroe finished the game with five goals, as South Pas improved its record to 1-0.

Girls’ water polo started off it’s official preseason with a home victory Tuesday November 28, defeating Polytechnic School (Poly) 13-8. The initial progression of the competition was slow, but after the first moments of action the intensity immediately surged and remained high for the remainder of the game.

Constant turnovers and missed shots plagued the first half of the game until junior Alison Lao drew an exclusion of a Poly player in center, putting South Pas at an advantage. An extra player allowed junior Sydney Shettleroe to spark momentum, sending a strong shot into the upper right corner over the Poly goalkeeper. Less than a minute later senior Hayden Carlson recovered a shot, raising the South Pas lead. Closing the first quarter with 26 seconds left, Shettleroe scored again leaving the end of the first quarter with a South Pas lead of 3-0.

South Pas continued to assert its dominance and build its lead as Shettleroe scored again early on in the quarter. Poly, behind by four, started to play more aggressively as South Pas’ defense began to falter, allowing a Poly goal. Determined to stay ahead, seconds later Carlson assisted Shettleroe in her fifth point of the game. Back and forth for the remainder of the corner Poly scored twice more and South Pas scored again closing the half South Pas up 6-3.

The second half started off strong as South Pas continued to advance its lead as senior Sumiko Rudisky scored only 30 seconds in. Poly, frustrated and trailing continued their aggression scoring again, inflicting a timeout call from South Pas coach Gonzales. Although South Pas continued to score its defense continued to weaken allowing Poly to put in three more goals, one after freshman Amanda Kamaly was excluded. Poly only scored two more goals for the remainder of the quarter, entering the final stretch of the game trailing a shallow South Pas lead of 9-7.

South Pas quickly attempted to widen the scoring gap, but did so too aggressively as a five meter penalty was called against Shettleroe for being on top of a Poly player, allowing a Poly goal. Fighting back strong South Pas players Rudisky and Carlson immediately scored another two goals, advancing their lead. Finishing the game with no more goals for Poly, South Pas scored twice more with a final win of 13-8.

The team will face Mayfield at home on Thursday November 30th at 3:30.