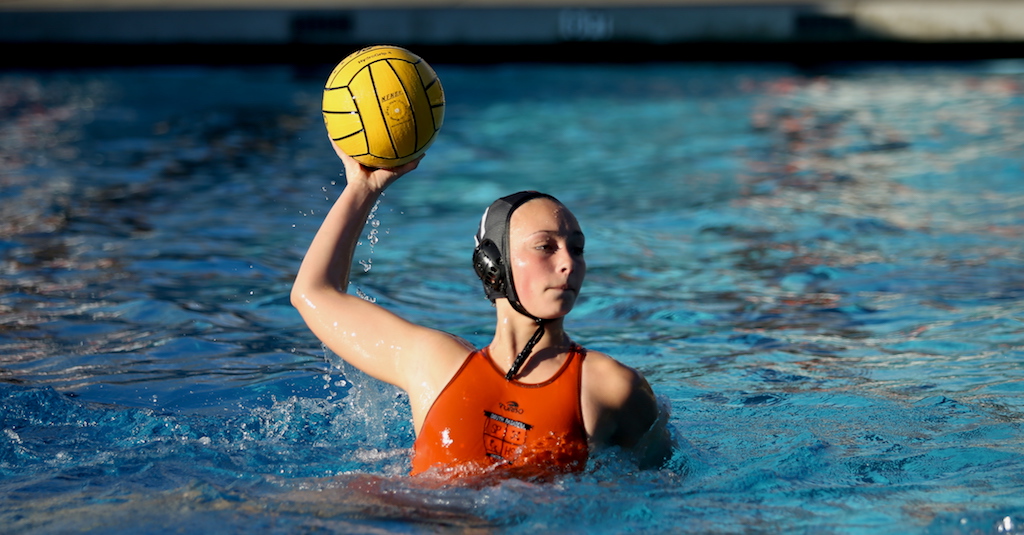 The varsity girls’ water polo team suffered its third loss in league to the Temple City Rams at home with a score of 12-8 on Tuesday, February 2. The Tigers now have a 3-3 record in league and 12-7 record overall.

Temple City scored first with a powershot from the 5 meter mark and led 1-0 in the first quarter. Then, Freshman Sumi Rudinsky tied the game with a long shot from beyond the 5 meter mark. Shortly after, the Rams scored an identical shot from beyond 5 meters to take the 2-1 lead. But, freshman Sydney Shettleroe came back and released a quick shot to even the score at two.  At the end of the first quarter, the score was tied 2-2.

In the second quarter, South Pas took the lead. Shettleroe received a pass in the middle of the defense and then scored with a quick shot to gain the 3-2 lead. Temple City came back on offense and floated the ball over senior goalie Skyler Ramirez to even the score at 3-3. Then, freshman Jael Osborne lobbed a pass to Shettleroe, leaving Shettleroe on a one-on-one situation with the goalie for a goal; Osborne then scored a goal of her own, floating the ball over the goalie’s head. The Tigers led 5-3, but Temple City cut the lead to 5-4 with a powerful shot past Ramirez for a goal. Temple City then tied the game, 5-5, scoring a goal straight down the middle of the defense. By halftime, the score was tied at 5-5.

The girls attacked immediately after the third quarter began as sophomore Hayden Carlson scored with a floater over the goalie, putting the score at 6-5. However, Temple City exploded on the offensive end and scored five straight goals to strip the Tigers of the lead. Temple City led the tigers 10-6 by the end of the third quarter.

The Tigers slowly lost the confidence it had in the beginning of the game and started to make mistakes. Osborne cut the Rams lead to 10-7 as she snuck a goal past the goalie on the left wing. Temple City defeated the Tigers with a score of 12-8 as South Pas was not able to bring the game back after the massive Temple City third quarter.

“I think we held TC for a good part of the game. We made simple mistakes and TC took advantage of them,” Shettleroe said. “Overall we are now playing as a unit and this should help us beat LC. And also if we make cif we have a good chance with this unity we are forming.”
The girls are on the road on Thursday, February 4 to face off against the La Cañanda Spartans.