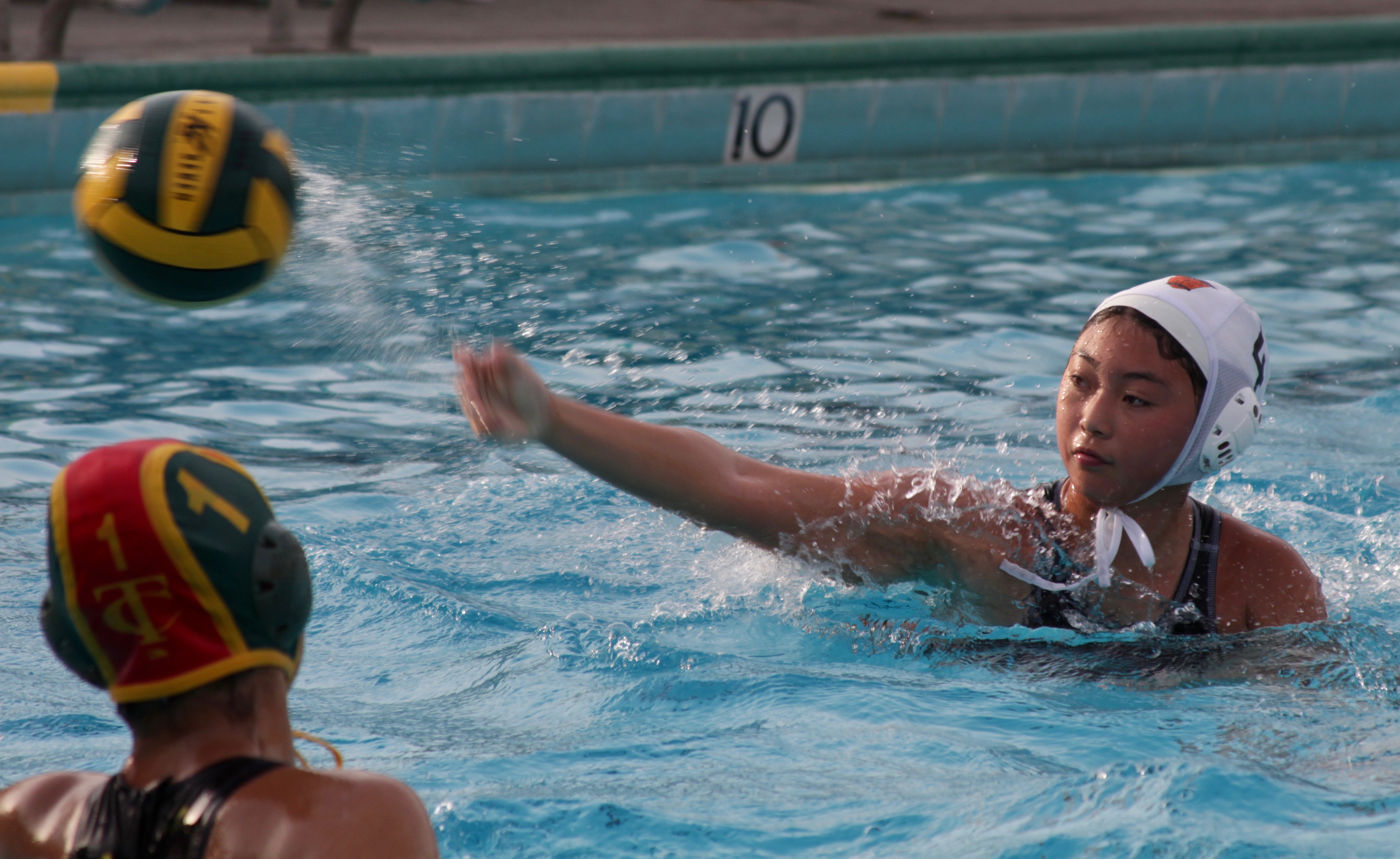 The girls’ varsity water polo team cruised past the Oxnard Yellowjackets for a 7-1 win in the CIF quarterfinals at home on Saturday, February 18. The team’s overall record now stands at 19-9.

In the first few minutes of the game, both teams had opportunities to score but failed to convert them into points. On defense, senior goalie Skyler Ramirez blocked several Yellowjacket shots. Offensively, the Tigers displayed a strong passing game, and halfway into the quarter, junior Hayden Carlson faked out the goalie for the first point. The rest of the period went by with Oxnard overshooting multiple times and South Pas’ shots hitting the goalposts.

The Tigers continued to play tight defense in the second quarter, causing Oxnard to run down the shot clock without any good looks at the goal. Both teams overshot the goals on several occasions until junior Sumiko Rudisky pushed ahead of her defender to face the Yellowjacket goalie one-on-one, and scored South Pas’ second goal. Sophomore Sydney Shettleroe recovered the ball from her missed shot to tap it past the goalie for a 3-0 Tiger lead, ending the first half.

South Pas started the third quarter with a goal from Rudisky. Later, an exclusion foul on the Tigers led to Oxnard scoring its only point of the game. The Yellowjackets continued to overshoot the goal, and the Tigers’ strong defense caused multiple turnovers. Rudisky found Carlson for yet another goal, and Carlson scored her third point of the game soon after. Shettleroe ended the quarter with a goal to put the team at 7-1

During the fourth quarter, the Tigers slowed down their game with a comfortable lead. They milked the clock on their offensive possessions, and played tough defense to prevent Oxnard from catching up.

The team faces the Peninsula Panthers in the semifinals on Wednesday, February 22, the location to be announced. The Panthers currently hold a 18-7 overall record.