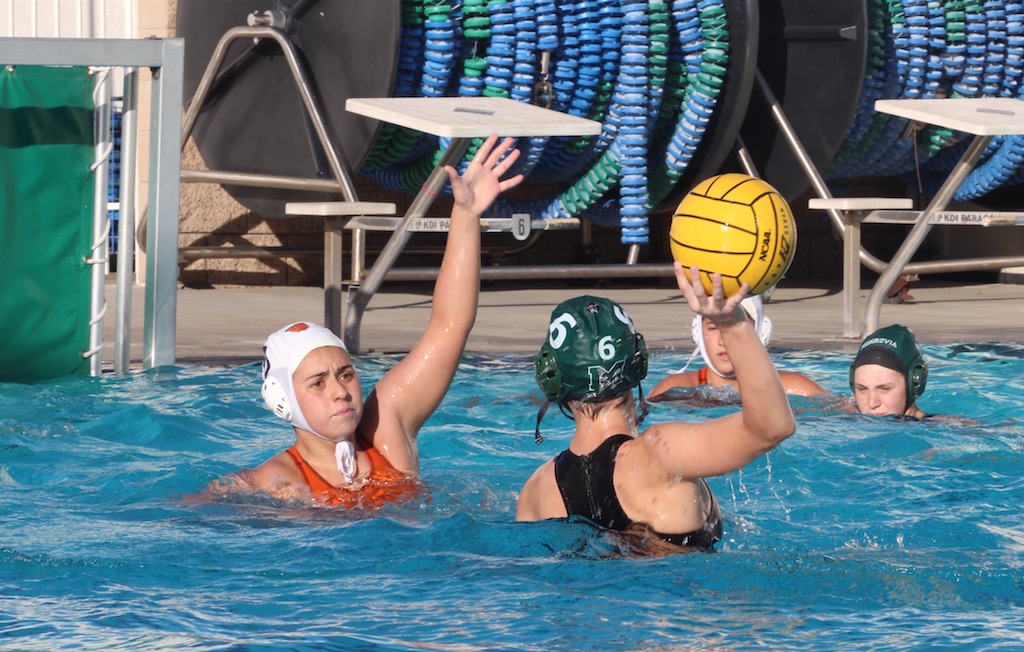 The varsity girls’ water polo team put down the Monrovia Wildcats by a score of 12-8 on Wednesday, February 10. The Tigers finished its regular season off with an overall record of 13-8 and league record of 4-4. With this win, the team finished in third place in Rio Hondo and must play a wild card game on Tuesday, February 16 in order to decide whether the Tigers receive a spot in CIF.

The game began with two strong Wildcat attacks that led to two goals as Monrovia took the early 2-0 lead in the first. The Tigers answered back as freshman Sumi Rudinsky scored on a six-on-five with a powershot from beyond the 5 meter mark, cutting the lead to 2-1. Before the girls eventually tied the game, Monrovia added one more goal and led 3-1. Freshman Jael Osborne and sophomore Hayden Carlson both made their moves as they sharply maneuvered through the Monrovia’s defense to score the goal. South Pas and Monrovia were tied at 3 by the end of the first quarter.

In the second quarter, both teams were quiet offensively and no team fully controlled the possession for more than a 30 seconds. Despite this, senior Savannah Pierce came up big as she snuck her way through the defense and scored a goal to make it 4-3 Tigers. The Tigers led 4-3 by the end of the second quarter.

The third quarter started with a quick goal from Carlson on a six-on-five play to increase the lead to 5-3. Then, senior Melody Gray received a pass on wing and scored a goal with a tight shot that passed the goalie to make the score 6-3. The Wildcats finally scored its first goal since the first quarter and cut the lead to 6-4. Again Carlson scored on a fastbreak and put her team up 7-4. Before the end of the third quarter, Monrovia scored with a longshot to put the score at 7-5.

Freshman Sydney Shettleroe began the fourth with a powerful shot from inside the 5 meter to increase the lead to 8-5. This gave the Tigers the momentum and South Pas took full advantage. After, Shettleroe’s goal, the team combined for four more consecutive goals, three by Carlson and one by Osborne. The Tigers put Monrovia away with ease in the fourth quarter as South Pas defeated the Wildcats 12-8 in the final regular season game.

“We all stepped up and played to our best ability and that’s exactly what we needed to win. The team has a very good system of play and we are very close now. I think we have a good chance in CIF,” Shettleroe said.

The Tigers have not clinched a spot in CIF just yet. The top two teams in the Rio Hondo League are guaranteed a spot in CIF, but third place has to play a wild card game to advance. La Cañada and Temple City are both tied for first place, while the Tigers earned third. The girls will play on Tuesday, February 1 against an opponent that is still to be determined based on the outcome of other remaining RHL matchups.

Girls’ soccer falls in a close matchup against Monrovia