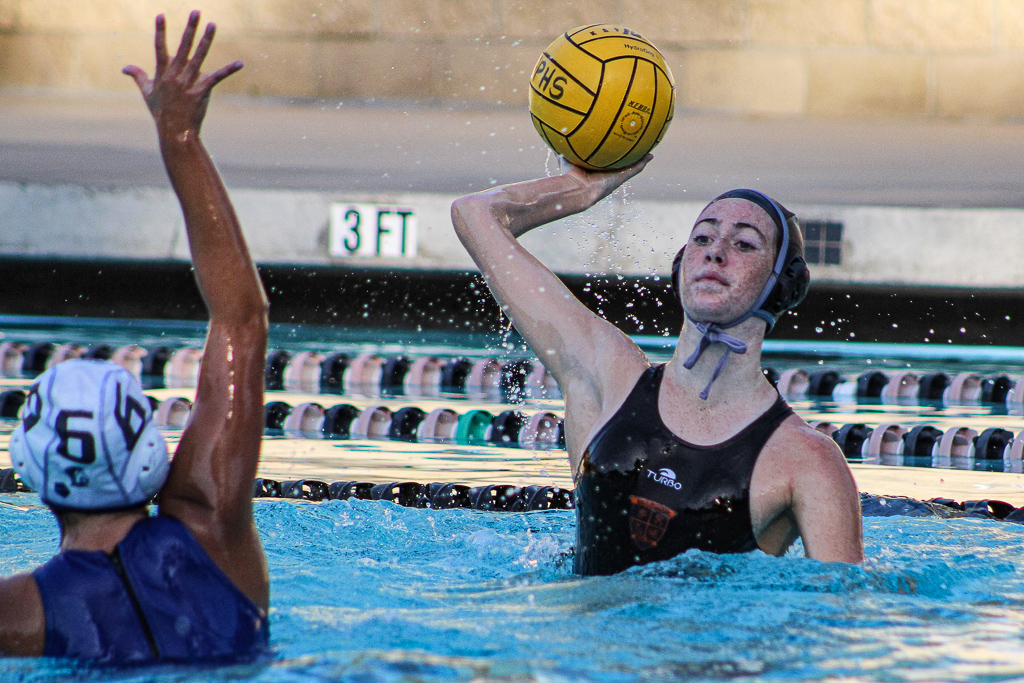 The Tigers finish the year with a 3-11 record.

Girls water polo emerged victorious against its final opponent, the San Marino Titans, by a score of 10-5, on Wednesday, Feb, 6. This game concludes the season with a league record of 2-6.

Throughout the game, the Tigers excelled in both defense and offense. Junior Amanda Kanaly scored the first three goals in quick succession, setting the tone for the rest of the match. During the second half, freshman Grace Markus and junior Piper Fleming took control and the Tigers easily claimed the victory.

Unlike La Cañada and Monrovia, who aggressively pushed South Pas back, San Marino barely laid a hand on the Tigers. With more open areas, South Pas could easily approach the cage and have the opportunities to score. On the other hand, the Tiger defensive line prevented any possible shots from entering the five meter range of the goal. Quarter one quickly ended with the South Pas in a 3-0 lead.

In the second quarter, the team took its time in San Marino’s territory, utilizing the full shot clock and finding the right position for the most accurate shot. Despite the Titans’ endeavor to guard the Tiger shooters, freshman Allie Lee escaped from their tight hold and caught the goalie off guard with an instant skip shot into the goal.

Throughout the rest of the quarter, the Tigers heightened their defense: senior keeper Krystal Lee halted San Marino’s consecutive scoring and blocked two narrow shots. The clock buzzed and, the first half ended with the Tigers ahead, 4-2.

Markus took the spotlight in the third quarter. Located in front of the goalie, she was in a dangerous situation; three Titans situated themselves closely to Markus and waited to attack once the ball landed in her hands. However, gripping the ball tightly, she lunged up to escape from their hold and confidently spun the ball in. San Marino scrambled to reinforce its defense, but Markus, unfazed, still scored two more goals.

South Pas continued to lead the game, 7-3, by the fourth quarter. In the final seven minutes of play, Fleming showcased her prowess as she slammed two successful shots en route to a 10-5 win.

Despite a difficult 2-6 league season and missing the CIF playoffs, the team remained positive.

“This season was all about having a good time, going into the pool with a good healthy mentality,” K. Lee said. “Majority of the time, I ignored the scoreboard; since I was bonding with my teammates, just that was a win for me.”

With only two seniors graduating, the Tigers will take this season as motivation to make a comeback to CIF competition next season.

“Coming up, we only have two seniors leaving,” Kanaly said. “We’ll definitely take their wisdom and our experience to our advantage and show the schools our determination to win.”