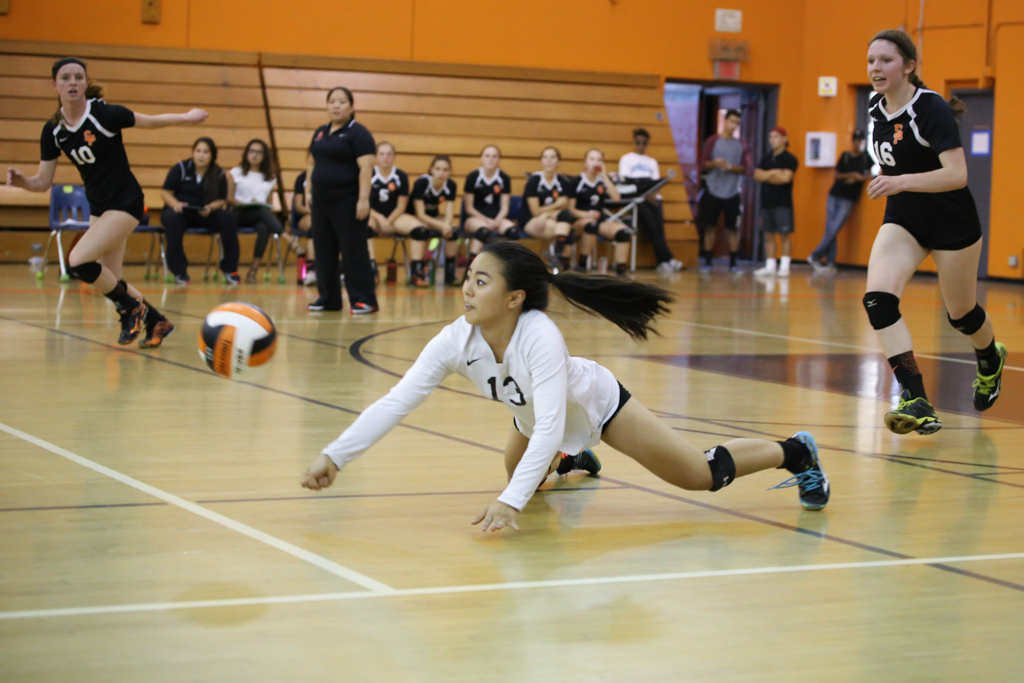 The girls’ volleyball team has lived up to the high expectations set by previous years this season, conceding only one game and four sets in total. The Tigers are currently undefeated in Rio Hondo League play, tied for the number one spot with La Cañada. South Pas’ league record currently stands at 3-0 and its overall record at 10-1.

“We hit a few bumps in the road when we played Mayfield and when we lost a set to San Marino, but that really brought us together as a team,” coach Shari Iwatani said. “Overall, I think the season has been going pretty well, and I think we’ve got a great shot at the league championship.”

The Tigers faced Temple City, San Marino, and Monrovia in league, sweeping each of their opponents in three sets, except against the Titans. South Pasadena’s next game against La Cañada, the other top team in league, will be a challenge although the Tigers have a better preseason record.

“We definitely want to take out La Cañada in three sets,” junior Molly Feldmeth said. “We just need to execute our attacks and improve on our weaknesses to be successful.”

Though the Tigers have a near-perfect record, they still feel the need to learn from their mistakes in order to develop as a stronger team.

“Defense is our main weakness, but we’ve been working very hard to improve on that aspect,” Iwatani said. “Hitting has definitely been our strongest weapon by far, and having Molly hit has added a whole new level to our playing.”

South Pas’ matchup against La Cañada is on the road today, where the girls look to improve their record to 4-0 in league and 11-1 overall.

In a face-off against San Marino baseball...