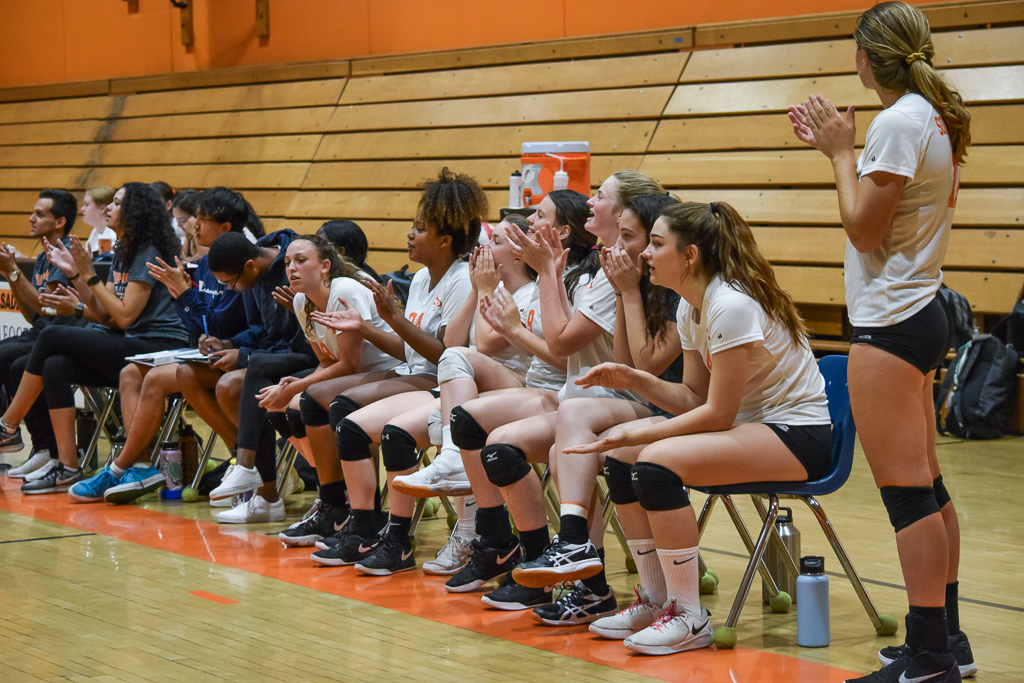 South Pas looked terrific in pool play, winning 12 of 13 sets, before falling to Foothill Tech in the first round of the playoffs.

The girls’ varsity volleyball team continued its preseason season in the Camarillo Tournament on Friday, Aug. 23 and Saturday, Aug. 24.

On Friday, the Tigers dominated, defeating Pacifica, Simi Valley, and Moorpark each two sets to zero. The following day, South Pas continued to excel, beating Crescenta Valley 2-1, Hueneme 2-0, and the host Camarillo 2-0. However, the team stumbled in the first playoff round to Foothill Tech, losing in the sudden death match 25-19.

“The team played really well overall with a very strong start. The playoffs we didn’t play as solid as earlier but we definitely played better as the tournament continued.” sophomore Abby Garner said.