Girls’ volleyball falls to 1-4 in preseason against La Salle 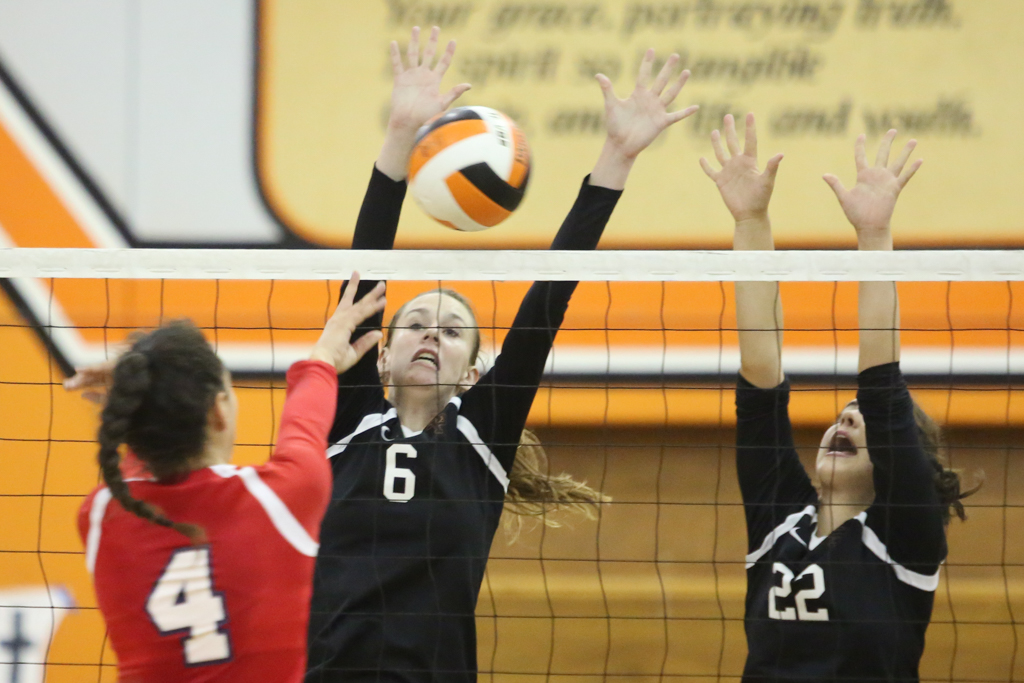 The girls’ volleyball team fell to La Salle in their second to last preseason game in three sets with scores of 12-25, 15-25, and 19-25 at home on Tuesday, September 13. This loss brings the Tigers’ overall record to 1-4. South Pas was no match for the Lancers’ constant attacks and solid defense, though the Tigers did have some highlights throughout.

The first set began with a hit out from South Pas, which was then followed by a block from La Salle to put the score at 0-2. Junior Harper Fox soon retaliated with a kill after the Lancers hit a ball out to tie at 2-2. However, a string of Tiger errors and La Salle kills soon gave the Lancers a 2-13 lead. South Pas was overpowered by La Salle’s steady flow of offensive efforts and was often unable to defend hits despite solid digs from seniors Maddy Hirano and Megan Wong. Kills from senior Molly Feldmeth, junior Sophia Benzoni, and sophomore Kimi Brown were few yet effective, though the Lancers quickly finished the set at 12-25 after two consecutive kills.

South Pas earned the first point of the second set after a La Salle player touched the net, but the Lancers swiftly responded with a kill. A kill from Benzoni briefly gave the Tigers a one point edge, and the two teams remained fairly even. However, La Salle began to break away after a kill from junior Maddie Saito due to South Pas errors and Lancer kills, putting the score at 9-18 before a block from senior Amelia De Young gave the Tigers another point. La Salle’s points continued to climb while South Pas’ remained stagnant; eventually Feldmeth garnered the last Tiger point off of a kill before a Lancer kill ended the set at 15-25.

Despite a shaky first two sets, the Tigers came out determined in the third. Starting with a kill, South Pas gained an early lead, aided by kills from Brown and Feldmeth. Hirano also had an ace to maintain the lead. The momentum shifted, however, when the Lancers fought back with three consecutive kills to jump in front 14-16. Feldmeth attempted to keep the score close with a block, but La Salle managed to hold onto the small lead. This lead grew off of Lancer tips, kills, and South Pas errors. Fox had the Tigers’ final kill before the gap was too far for South Pas to close. The Tigers managed to put one more point on the scoreboard before a La Salle concluded the match at 19-25

“This game was difficult at times, but we did have our bright moments,” Feldmeth said. “I think we were playing a bit anxious, but overall we’re improving.”

The Tigers play their final preseason match on Thursday, September 15 at home against San Gabriel. South Pas looks to gain a final win before the start of league play to put its record at 2-4.