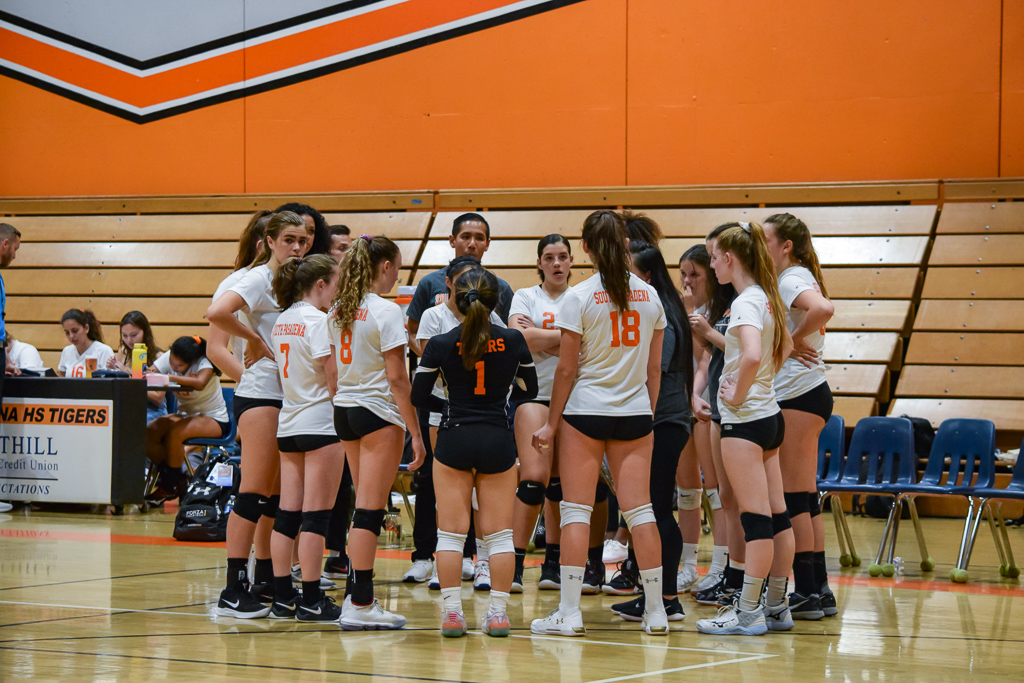 The Tigers split the first two sets, then eeked out two consecutive wins to defeat the Cubs, 3-1.

Girls’ volleyball defeated the Mayfield Cubs in four sets, on Thursday, Aug. 22, marking their first victory of the season.

The Tigers kicked off the first set with a victory. The overall game remained close, but South Pas ultimately pulled in the lead late in the set. The Cubs were unable to defend against numerous powerful hitters, including junior Lola Foord and sophomore Alyssa Sokolow, and the Tigers won the set 25-18.

However, the same could not be said for the second set. Mayfield exploded out of the break with high energy and focus and secured an early lead. South Pas was unable to recover, ultimately losing 25-16.

With the match tied up, the Tigers fronted their full effort to win the next two sets. Freshman Sofia Reyes provided excellent sets to her teammates, keeping them in the game. South Pas managed to emerge victorious 26-22 with help from an outstanding block by freshman Ava Dorny and sophomore Abby Garner’s powerful spikes.

In the final set, the Tigers quickly jumped out to a five point lead. Mayfield responded and reversed the momentum. However, the Cubs faltered in the final moments, fumbling the ball and miscommunicating, allowing South Pas to win the final set 25-22.

“We played Mayfield in the summer at a tournament and we beat them pretty badly without many of our key hitters,” junior Lindsey Hirano said. “We were expecting to beat them in three sets since we were at full strength, but we ended up not playing as well as we could have in the third set.”

Girls’ volleyball will play its second preseason match at home against Polytechnic on Tuesday, Aug. 27 at 6:30 pm.