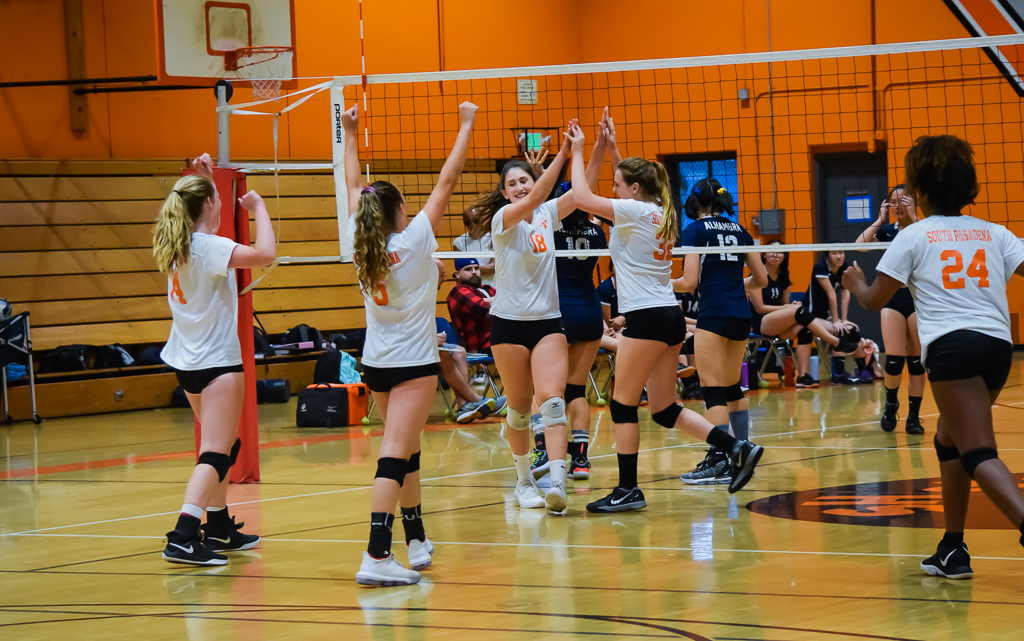 The girls’ varsity volleyball team crushed the Alhambra Moors in a home game on Wednesday, Sep. 4, dominating the scores in all three sets. The results of today’s game will lift Tigers to 3-1 in the preseason.

The first set ended with a score of 25-16, with Alhambra unable to keep up with South Pas. In the beginning, freshman Sofia Reyes gave easy aces that contributed to the massive lead that followed the Tigers for the rest of the set. The rallies began to heat up during the middle, but junior setter Lexi Schroeder and sophomore Alyssa Sokolow were able to make good usage of teamwork to give them the edge.

The Tigers jumped ahead to another early lead in the second set, as the Moors had no response for junior libero Lindsey Hirano’s serves. Sophomore Kennedy Taylor and Sokolow also consistently delivered powerful hits that earned the team points, ending the set with another 25-16 South Pas victory.

The third set began sloppily, with both teams experiencing lapses in judgement. The Tigers struggled to keep the ball in play with a series of too heavy hits and missed communication. But, a weak Alhambra side continued to stumble and the Tigers walked away with a set score of 25-11.

“We wanted to take it really seriously and play our best game,” Sokolow said. “Our mindset was really good and I really thought that we put it all together and played as well as we could.”

The Tigers will play the second half of their brief two-game home stand against Flintridge Sacred Heart on Friday, Sep. 6.