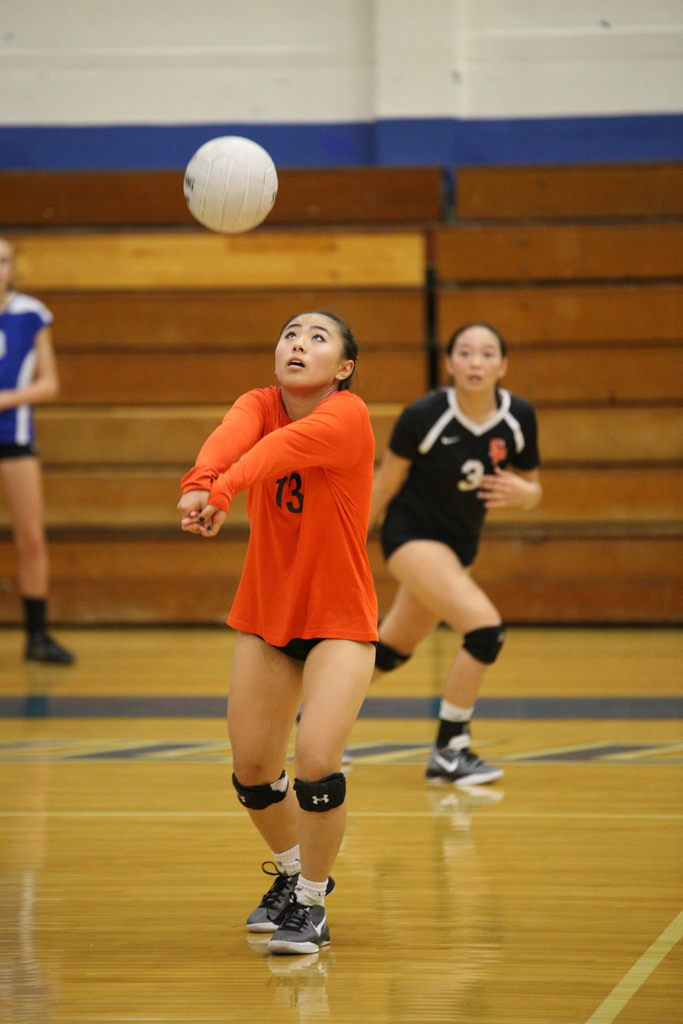 The girls’ volleyball team triumphed over La Cañada in four sets with scores of 20-25, 26-24, 25-20, and 25-14 on Thursday, October 6. This victory closes out South Pas’ first half of league with a record of 4-1 and 6-5 overall. After a slow start in the first set, the Tigers came back to dominate for the remainder of the game.

South Pas earned the first two points of the set off of an ace by junior Lily Turner-Kipke and a kill from senior Molly Feldmeth. However, soon the Spartans matched and then exceeded the Tigers’ points, holding onto the lead for the rest of the set. Throughout the set, South Pas did have several highlights, including kills from junior Maddie Saito and Feldmeth. Feldmeth also strategically set the ball into La Cañada’s defense, throwing off the Spartans and earning the Tigers a point. South Pas attempted to come back from a seven-point deficit at 16-23, but were ultimately unable to. The Tigers were only able to score five more points before La Cañada finished the set at 20-25.

South Pas began the second set off of a Feldmeth kill, but both teams would remain even until the two reached 7-7. The Tigers began to pull away due to kills from Feldmeth and junior Harper Fox. Senior Maddy Hirano provided solid defense for the Tigers with several digs and saves, as did Feldmeth and Saito. The Spartans managed to stay even, and often when South Pas would begin to break away, La Cañada would quickly retaliate. A Spartan serve into the net followed by a Feldmeth kill ended the set at a narrow score of 26-24.

A South Pas serve out of bounds gave La Cañada the first point of the third set. However, the Tigers rapidly responded by garnering a lead. Saito largely contributed to this effort with several kills and saves, as well as a block. Feldmeth also was a large presence on the court with many spikes. The Spartans aimed to catch up to the Tigers by scoring three points off of kills and a South Pas error, but were unable to do so after a Saito kill followed by a missed La Cañada serve put the home team within one point of winning the set. A kill from Fox concluded the third set at 25-20.

The Tigers came into the fourth set with dominance, and quickly earned a 4-0 lead, aided in part by consistent serving from senior Megan Wong, who also managed to earn an ace. La Cañada was unable to counter a majority of the Tigers’ attacks, especially the constant hits from Feldmeth and Saito. The Spartans struggled to find holes in the South Pas defense, and were only able to score two more points after an ace from sophomore Kimi Brown gave the Tigers 24 points. A Feldmeth kill finished closed the game at 25-14.

“Volleyball has a game of momentum, and losing the first set gave La Cañada momentum and confidence,” Saito said. “We showed our resilience by taking the second set and then closing out the match. I am very proud that the whole team fought back after the first set, and we started to execute.”

The Tigers next Blair at home on Tuesday, October 11, where South Pas is looking for an easy victory over the Vikings to put its league record at 5-1 and overall record at 7-5. In the two teams’ previous matchup, the Tigers destroyed Blair in three sets.