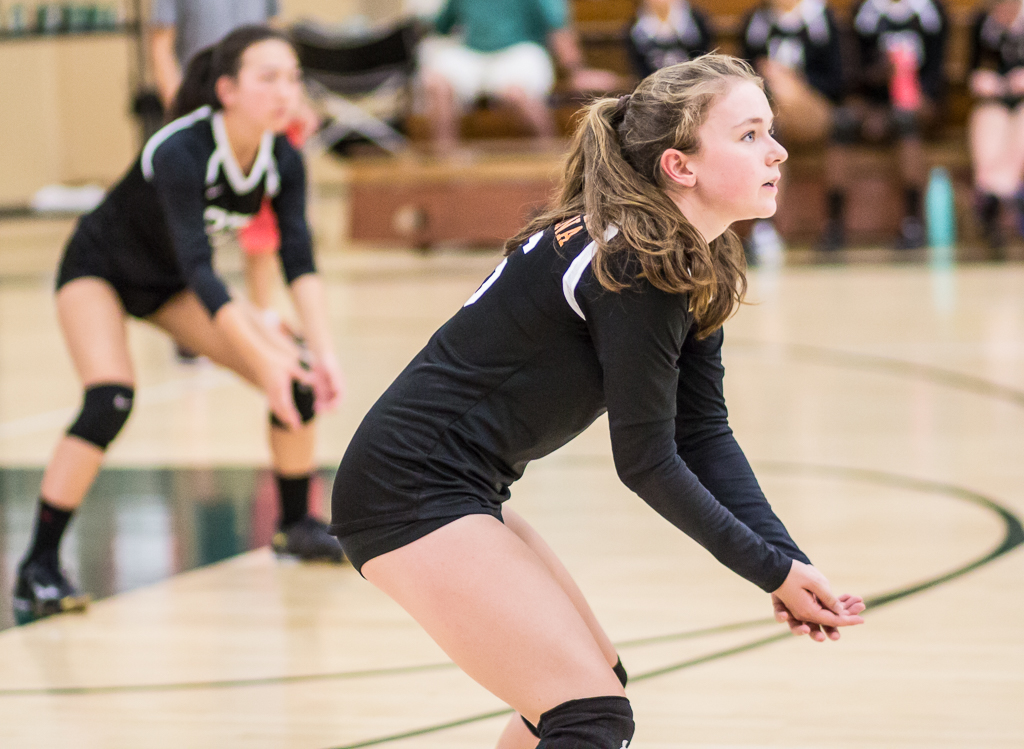 South Pas prepares to receive the ball on a serve.

Girls’ volleyball destroyed Temple City in three sets with scores of 25-14, 26-24, and 25-14 on Thursday, September 29. Improved offensive consistency helped them improve their league record to 1-2

South Pasadena gained momentum in the second set after a kill from Saito. The Tigers front row demonstrated consistent blocking from junior Christina Taylor, freshman Lola Foord, and senior Sophia Benzoni. Freshman Lindsey Hirano helped the Tigers defensive effort with quick movement and accurate passing. South Pas struggled to communicate later on in the second set and the Rams were able to tie the game. The Tigers pushed for the win and finished the set at 26-24, in extra points.

The Tigers started the last set with kills from Foord and consistent play at the net from Taylor. Temple city struggled to communicate, giving the Tigers opportunities for easy points. Lindsey Kuwahara served a streak of aces, contributing to South Pas’ fluxuating score. The Rams made a brief comeback with a bout of dynamic reception, but were unable to catch up to the Tigers. The set ended with a kill from Foord at 25-17.

“I think we played well, but we didn’t play our best,” said Foord, “We need to play as a team rather than individually.”

The Tigers will play San Marino on Tuesday, October 3 at home.