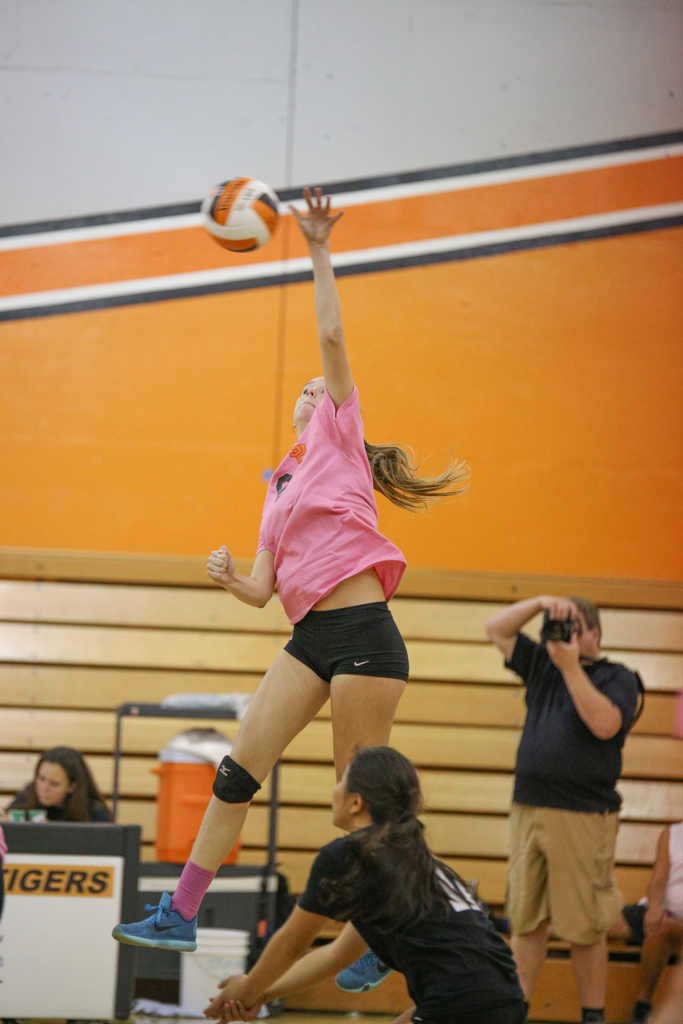 The girls’ volleyball team claimed another victory against La Cañada in three sets on Thursday, October 29, with scores of 25-11, 25-22, and 25-15, to clinch the Rio Hondo League title. Teammates delivered brief speeches before the game to honor seniors Taleen Mitchell and Katie Sokolow on Senior Night. South Pasadena’s league record stands at 8-1 and 19-3 overall, and this is the third year running that it has won the league title.

The Tigers dominated throughout the first and third sets, although the Spartans provided a challenge in the second. South Pas fell behind by 12 points, but were able to catch up due to powerful kills from Mitchell and juniors Molly Feldmeth and Kate Kutzer. Junior Maddy Saito also contributed will multiple serving-streaks throughout the entire match, and key defensive saves.

“I think if you want something enough, you just go out and get it, which is exactly what we did,” Hirano said. “We fought hard until the end.”

The Tigers conclude their league run against Blair High School on Tuesday, November 3, where South Pas is confident that it will improve its league record to 9-1 and overall record to 20-3.