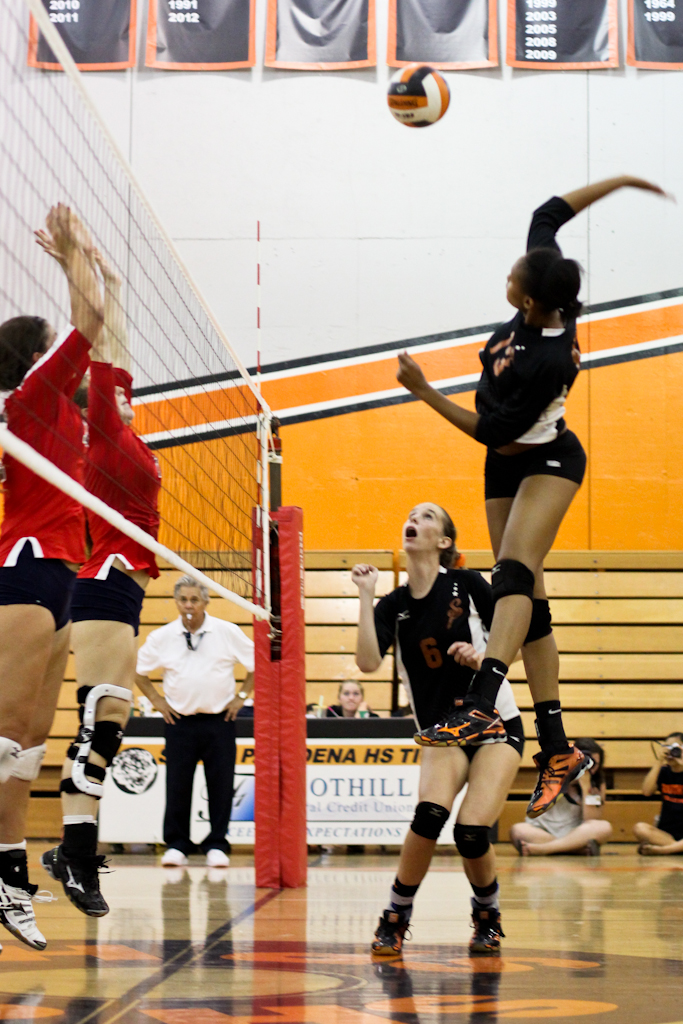 The match started off well, with a strong Tiger lead throughout the first set. Outside hitter Rowan Leddy and middle blocker Shanovi Bass had remarkable performances, keeping the energy high in the Tiger offense throught. The set ended prominently, resulting in a Tiger win. 25-19.

“Overall, I think we played a really good game,” Sophomore Kate Kutzer said. “We started off strong and kept our energy up, which is something we’ve had problems with this year. But, today we did really well with that.”

The energy lagged in the middle of the second game, however, bringing the teams to a tie of 11-11. Junior Katie Sokolow stepped up with a service streak and brought the score to 18-12. The Tigers pulled through and beat the Lancers swiftly, 25-14.

South Pas carried the momentum into the third game, but had difficulty closing once again. The team was ahead 23-13, when La Salle gained energy and pushed for a winning streak, putting themselves within striking distance of the Tigers, 24-21. The Tigers lost points to consistency errors, causing South Pas coach Ben Diaz to call two timeouts during the nine point period. Eventually, the Tigers rallied together and closed out the match with a 25-22 win.

“We didn’t finish as well as we wanted to,” Kutzer added. “But we still got the job done”

The Tigers move on to a 5-2 record on the season, and are looking to extend that on October 7th at 5 pm on the road against Monrovia High School.