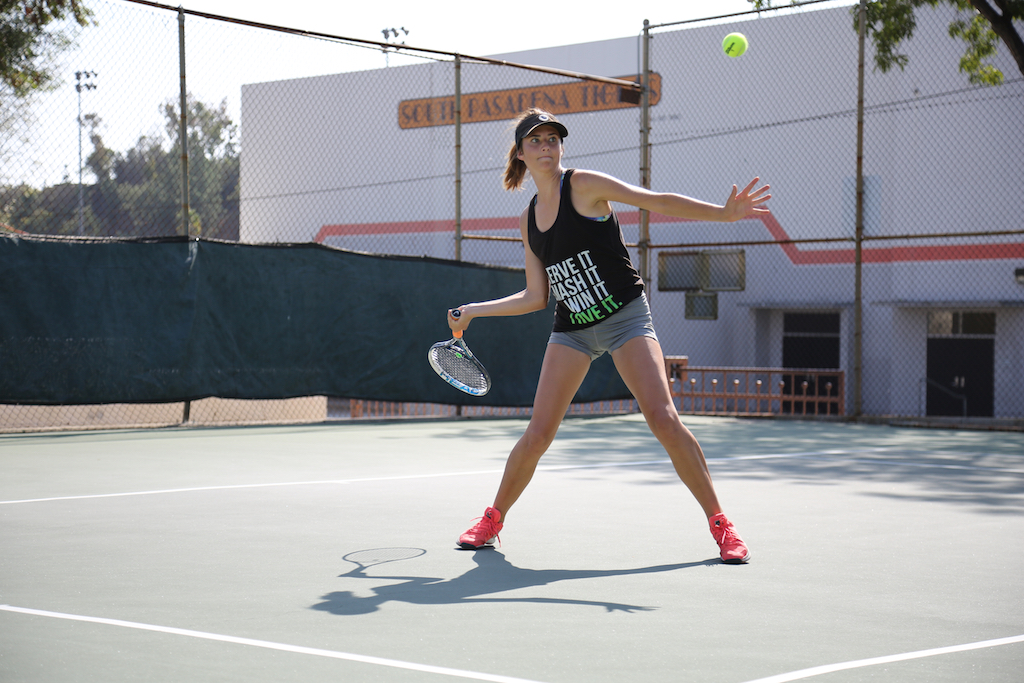 The girls’ varsity tennis team pummeled the Duarte High School Falcons in a blowout score of 16-2 at home on Friday, September 4. This victory reinforces the team’s possibility of a dominant run this season.

The two teams appeared to be on friendly terms from the beginning. Both sides were often conversing with one another in a playful manner. However, this did not stop the Tigers from competing at their highest level. When they stepped onto the court, each athlete showed no mercy as they overpowered the opposition.

Many Tigers were able to go undefeated against their opponents. Sophomore team captain Molly Round used her dynamic serves to win all three of her matches. Also, freshman Shannon Huang displayed another strong performance against her opponents. A combined doubles team of sophomore Ashley Sato, junior Ashley Huang, and junior Phoebe Moffet came up with another three game sweep.

“People should follow girls’ tennis because we work hard every day,” junior Phoebe Moffet said. “Our coach is constantly pushing us to reach our full potential.”

This group of rising stars will look to win their  fifth straight game at Westridge High School on Tuesday, September 8.