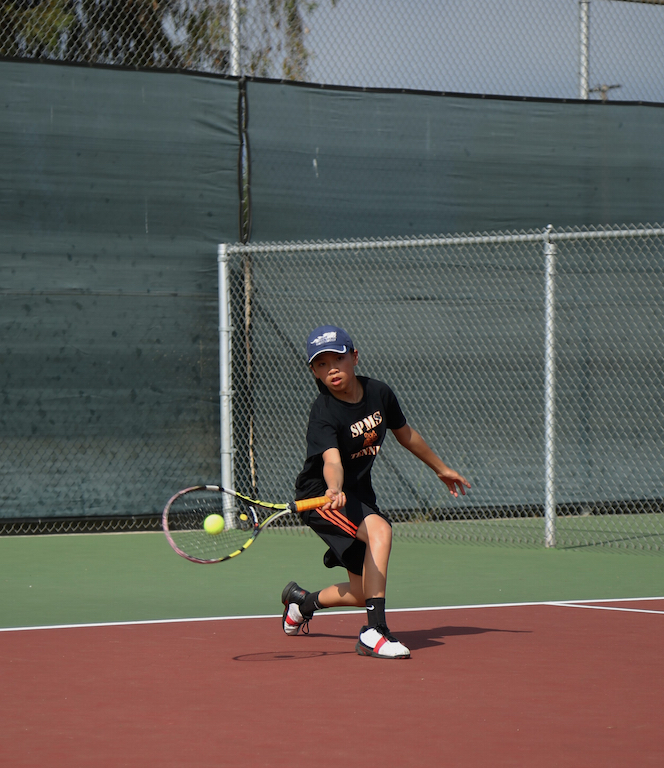 The girls’ varsity tennis crushed the Mark Keppel Aztecs on the road by a score of 14-4 on Monday, September 14. Despite having no games in the previous week, the team was able to continue the Tigers’ hot win streak during the preseason so far.

All players were able to win at least one game, contributing to the overall score. Sophomore team captain Molly Round won all three of her games, never allowing any of her opponents to get within a striking distance. Similarly, there was yet another dominant performance by the doubles team of junior Jessica Chang and freshman Rachel Park. The duo outscored their opponents in games by a grand total of 18-4. Junior Ashley Huang and sophomore Emma Childers also swept the opposition in three games.

The team is gearing up for what will be a difficult season, despite this early success. With only two more non- league games, they still feel that there is a lot of room for improvement.

“We are working hard to get physically stronger,” Round said.  “We go to the weight room before practice and condition heavily after.”

The girls will take a short break from matches until Monday, September 21, when they will play at Alhambra and hopefully add to their undefeated record of 5-0.