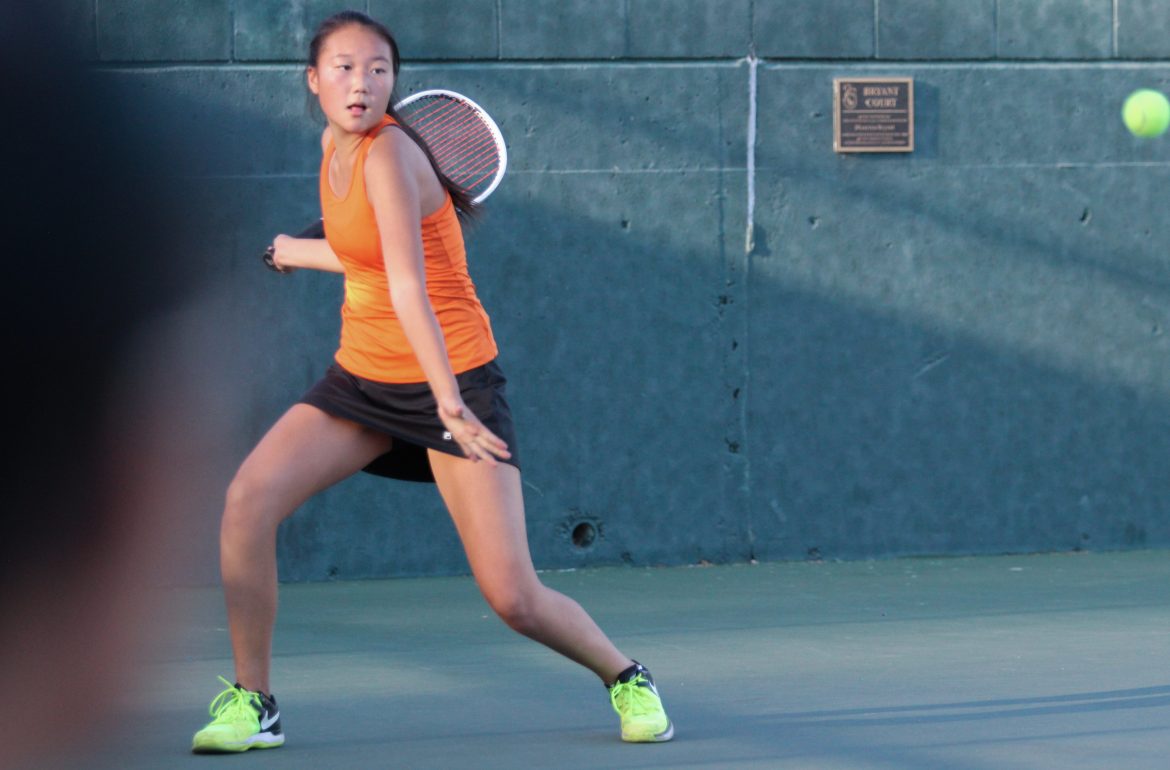 The girls’ varsity tennis team fell short of a win in an 10-8 away game loss against La Cañada on Tuesday, October 17. The team will go into its last regular season game with a league record of 2-5 and its overall record at 7-6.

Overall, the team improved from its last matchup with the Spartans, in which La Cañada overpowered the South Pas squad 12-6.

Each of the three singles players took two matches. Juniors Shannon Huang and Deanna Als and freshman Carissa Park showcased strong skills with scores of either 6-0 or 6-1. However, they could not overcome the Spartans’ number one singles player.

The Tigers won two doubles matches, the same in its first game against the Spartans. Junior Rachel Park and sophomore Teryn Kum took the two matches with scores of 6-2 and 6-4.

The team will play its last game of the regular season at home against Temple City High School on Monday, October 23. Earlier in the season, the Tigers fell to the Rams 12-6.