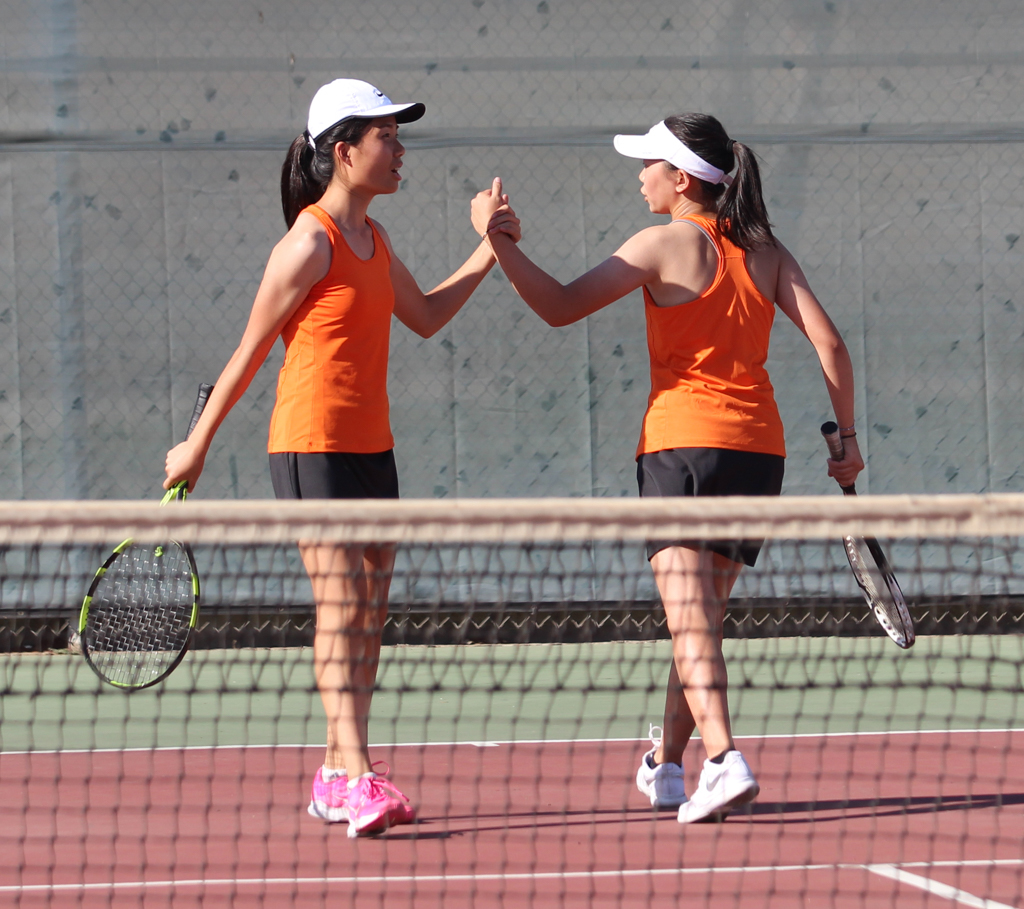 Sophomore Teryn Kum hits the approach shot and moves up to the net to finish the point.

The team huddles to talk over strategy before the game.

Junior Shannon Huang led the singles players, overpowering all three of her opponents with scores of 6-0, 6-0, and 6-1. Huang, who has been a part of the varsity team since her freshman year, has shut out her adversaries with 6-0 match scores in six of her nine matches so far this season. Freshman Carissa Park and junior Deanna Als both added to the team’s overall score, winning two and one matches, respectively.

The matchup with the Aztecs also showcased a strong doubles team performance. Juniors Rachel Park and Sheila Li secured all three matches, keeping the opposition’s scores minimal at 6-1, 6-1, and 6-0. Senior Sofia Tomasevic, who has played with both senior Ashley Sato and sophomore Teryn Kum as a doubles partner, has remained undefeated this season. She and Sato outmaneuvered Mark Keppel with scores of 6-0, 6-1, and 6-1. Freshman team Kimberly Hsueh and Talulla Chow also added two points to the Tigers’ overall score.

The team will end its preseason with back-to-back games on Thursday, August 14 at Marshall Fundamental and Friday, August 15 at home against Maranatha High School.

Girls’ volleyball falls to La Salle on the road