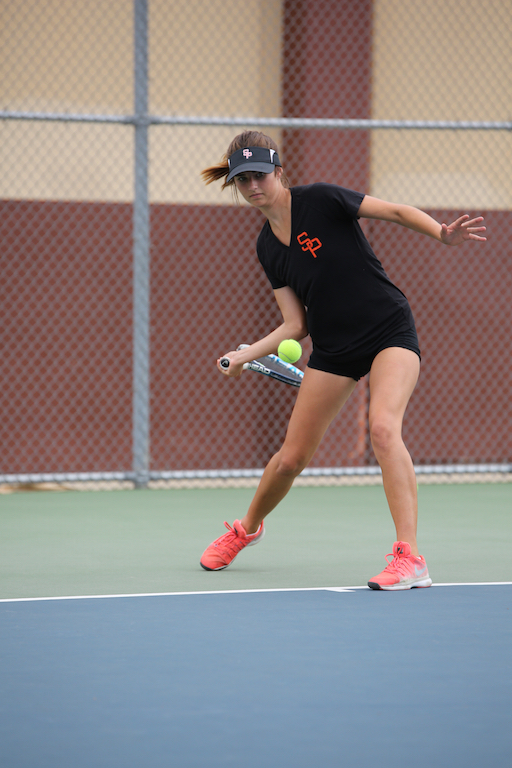 The varsity girls’ tennis team was eliminated from the individual Rio Hondo League tournament on Thursday, October 29. Sophomore team captain Molly Round was the only athlete remaining after the first round of the tournament and fell in two matches to San Marino opponents.

Round could not overcome strong San Marino athletes as she fell by scores of 0-6 and 0-6 in the first game and 6-3, 2-6, and 4-10 in the second game. San Marino has historically been a tough opponent for the Tigers as apparent from the 0-18 and 1-17 losses in regular season play.
The team is vigorously preparing for the CIF competition that will take place in early November.