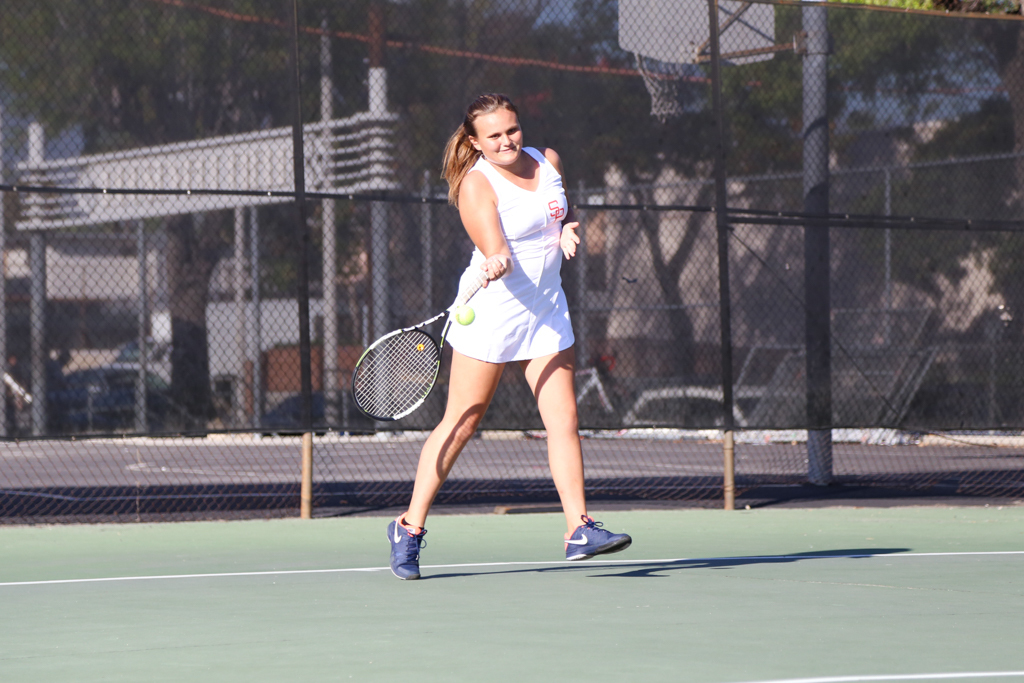 The girls’ varsity tennis team defeated Monrovia at home in blowout fashion by a score of 18-0 on Thursday, October 8. This grand performance gives the Tigers a 2-2 record in Rio Hondo League play and 8-2-1 overall.

It was apparent from the first set of games that South Pas was going to dominate the Wildcats as all games were won by at least a margin of three points. Freshman Shannon Huang was especially strong, winning her first game 6-1. Huang and her opponent would take part in drawn out rallies that would end with a well placed shot that forced the opposition to make a mistake. Within doubles matches, junior Jessica Chang and junior Ashley Huang swept Monrovia’s strongest doubles team by a score of 6-0. Junior Anya Nicolaides and freshman Rachel Park also played a noteworthy first game as they won 6-0.

The Tigers did not let up as the game progressed. The only time that Monrovia was within striking distance of the Tigers was when the Wildcats lost in a tiebreaker by a score of 7-5. S. Huang continued her dominance in her final two games by scores of 6-1 and 6-0. Freshman Sofia Tomasevic was able to prove that she is a legitimate varsity athlete by sweeping her opponents with numerous shots down the line. The doubles team of Chang and A. Huang utilized powerful hits and dropshots to overcome their opponents in their final games.

Sophomore team captain Molly Round was especially exceptional in her matches. In her first game, she displayed composure and confidence, outplaying her opponent by a score of 6-1. Round produced a strong service ace to solidify her victory and shift the momentum permanently in her favor. In her second set, she executed a powerful smash hit to truly assert her dominance. The captain displayed complete control for the remainder of the game and insured that Monrovia would not have the chance to comeback.

“The team created an encouraging environment and communicated very well,” Park said, “Although they were not the strongest team, we never stopped playing to our fullest potential and luckily got the win.”

The Tigers will play the Spartans at La Cañada on Tuesday, October 13 and attempt to even the season series between the two.