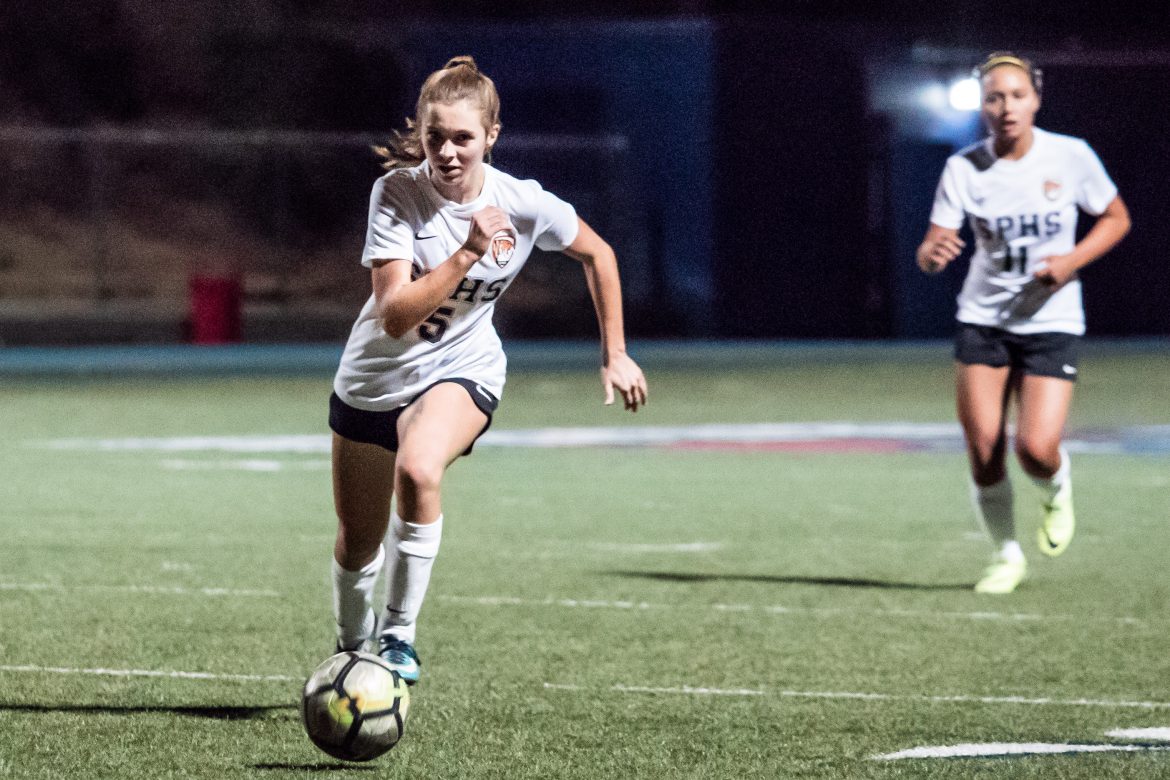 A late goal from sophomore Sydney Abundo provided all the offense the Tigers needed in the close 1-0 win.

The girls’ varsity soccer team’s offensive persistence led to a 1-0 road victory against the Chino Cowboys on Tuesday, December 11. Propelled by their triumphs in Saturday’s Newport Harbor Tournament, the Tigers pushed aggressively against the seemingly impenetrable Cowboy defense, eventually managing to score in the final quarter. The win brings South Pas to a preseason record of 5-1.

Throughout the first half, neither team was able to sustain possession for long amounts of time, leaving both teams tirelessly chasing up and down the field. Despite the Cowboy’s repeated offensive attempts, their forward attack was outmatched by the Tiger’s communicative defensive line. Junior Queyen Ballagh and senior AJ Bonk, two of the team captains, defended the goal vigorously, rarely leaving the side of the Cowboy attacker they were marking. Offensively, the Tigers had numerous well-intended plays, but were not able to extend many of them to the goal box. When South Pas did manage to penetrate the defensive line, however, their shots were met with an impervious Cowboy goalie. Both teams continued to give a hard offensive push for the remainder of the half, but neither were able to score.

Filled with frustration, the Tiger’s came into the second half eager to win with enhanced communication and aggression all across the field. Juniors Hannah Thompson and Jessica Lat gave an especially strong offensive push. Nonetheless, the Cowboys matched the Tigers overall advance and the game subsequently returned to the fiercely competitive chase it was in the first half. As South Pas began to lose morale in the final 20 minutes, an excellent assist from senior Uma Hornish led sophomore forward Sydney Abundo to score, giving the Tigers the first lead of the game. The match was finished with an exceptional save from senior goalkeeper Noemi Howland, in which she dove to the top of the goal box and caught a ball that would have left the game tied.

The Tigers are hoping to continue the positive momentum from this win into a home game against Schurr on Thursday, December 13.