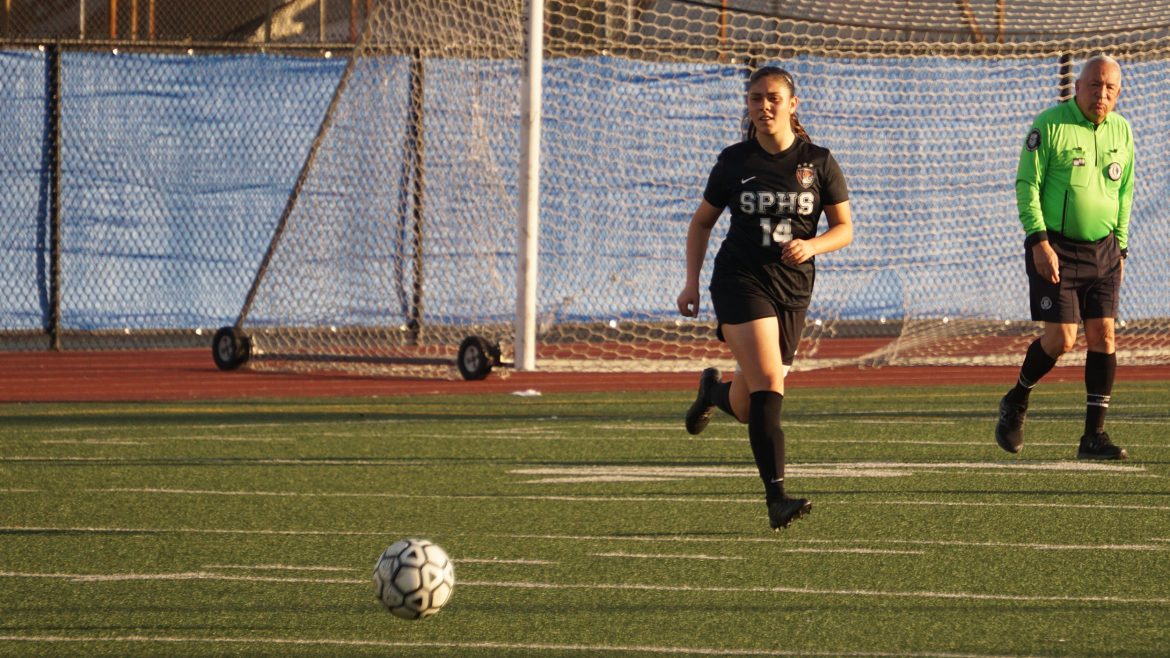 Early on, South Pas took care of the ball, but struggled to create any lethal chances. Monrovia proved dangerous on the counterattack, which allowed them to score two consecutive goals at the start of the second half. Throughout the match, South Pas started several strong spells of possession from the back line, but failed to convert them into scoring opportunities.

The Tigers played timidly from the get go. Their passing execution was sloppy and they lost almost all of the 50-50 balls.

Monrovia capitalized on South Pas’ disconnection and repeatedly charged through the defense. As usual, junior keeper Andrea Zarazua bailed out the Tiger back line with multiple diving saves.

Junior Kate Buckley provided a much needed spark, aggressively winning balls back and connecting a nice one-two sequence with senior Andrea Castellanos. The Tigers began to pose a threat in the midfield with seamless passing sequences from seniors Jessica Lat, Chloe Kim, and Castellanos, although nothing came out of it

Senior captain Corey Segal came alive on the left wing at the start of the second half, sprinting past rivals and effortlessly moving the ball around to teammates.

But even Segal’s energy wasn’t enough to prevent Monrovia’s counterattacks. The Tigers stumbled into a two goal hole within a span of three minutes.

These back to back blows hurt the Tiger morale and their only strong offensive chance of the rest of the game was a 25-yard strike from Kim that the Wildcat keeper dived to save. The Tigers walked away from the rather uneventful game with yet another loss, dropping them to last place in the RHL.

“The entire team has really been struggling with a lack of communication,” Segal said. “That was a big factor for both of the goals that were scored [against us.] Going forward, we need to be more vocal, look up more for our teammates, and play the ball quicker.