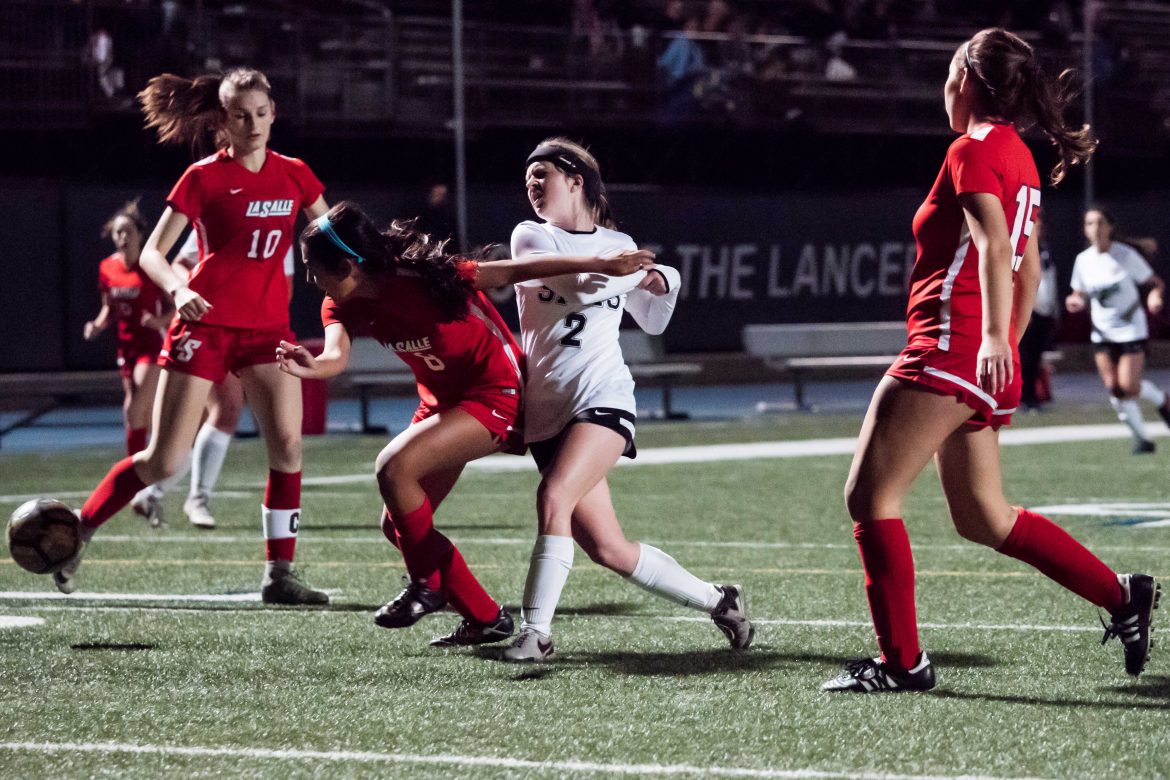 The girls’ varsity soccer team suffered a competitive 2-1 loss against the La Salle Lancers on Tuesday, December 4. Although the Tigers brought their usual aggression and cooperative dynamics, their skill was matched by the fierce and harshly combative Lancers. The loss drops their preseason record to 2-1.

The South Pas defensive line was persistent against the Lancers throughout the first half as the opposition continued to make attempts to score. Senior goalie Noemi Howland protected the goal with ingenuity, conceding one goal throughout the half, but blocking about seven. Howland’s efforts were seldom needed however, as the Lancers struggled to surpass the defensive line, comprised of senior defenders AJ Bonk, Emma Barrera, and Jade Myer. As the half reached the twenty minute mark, both teams seemed to be growing tired and neither side managed to keep possession of the ball for extended periods of time. Directly after the Tiger’s conceded their first goal of the match, their play became stronger and more aggressive. Senior Rainey Tilley struck back after only a few minutes with an impressively strong score from the 20 yard line. This goal boosted morale among the Tigers for an enticing and competitive end to the half.

Both teams came into the second half with fierce determination. Possession continued to sway between sides and neither team was able to score within the first twenty minutes. Defensively, the two teams seemed to be equally competent. When the Lancers eventually pushed past the Tiger defense and scored their second goal of the game, the Tigers rallied back and kept most of the possession. Frustrated, the Tigers continued to give a hard offensive push. However, they still struggled to make it all the way to the Lancer goal box. For the remainder of the match, the Tigers seemed to be lacking the initial drive that they came into the game with, but nonetheless they competed aggressively up until the final whistle was blown.

The Tigers are hoping to avenge the loss in the Newport Harbor Tournament on Saturday, December 8 at the Fedde Sports Complex, where they will be playing the Palm Desert Aztec and the Estancia Eagles.