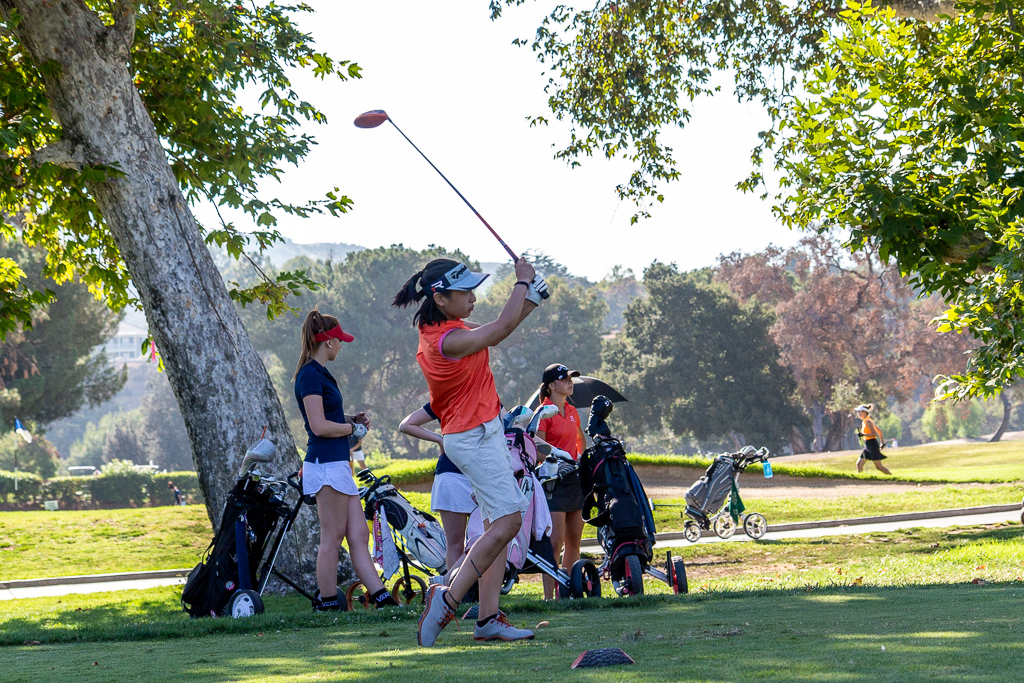 The Tigers had no trouble handling the Moors as they advanced to 2-0 in league.

The girls’ golf team decimated the Alhambra Moors by more than 130 strokes with a score of 224 on Thursday, September 13 at the Almansor Golf Course. The victory moves South Pasadena’s record to 2-0 in league play and 7-0 overall.

Star freshman Lauren Calderon was inactive due to a back injury, but the Tigers did not miss a beat. Freshman Maya Turun scored 38 strokes, while junior captains Victoria Tskvitichvili and Lindsey Biggar ended the match with scores of 41 and 49, respectively. Sophomore Katherine Anthony and freshman Audrey Biggar each had a score of 48.

The Tigers look to continue the strong play and assert their dominance against the rival San Marino Titans on Tuesday, September 18.