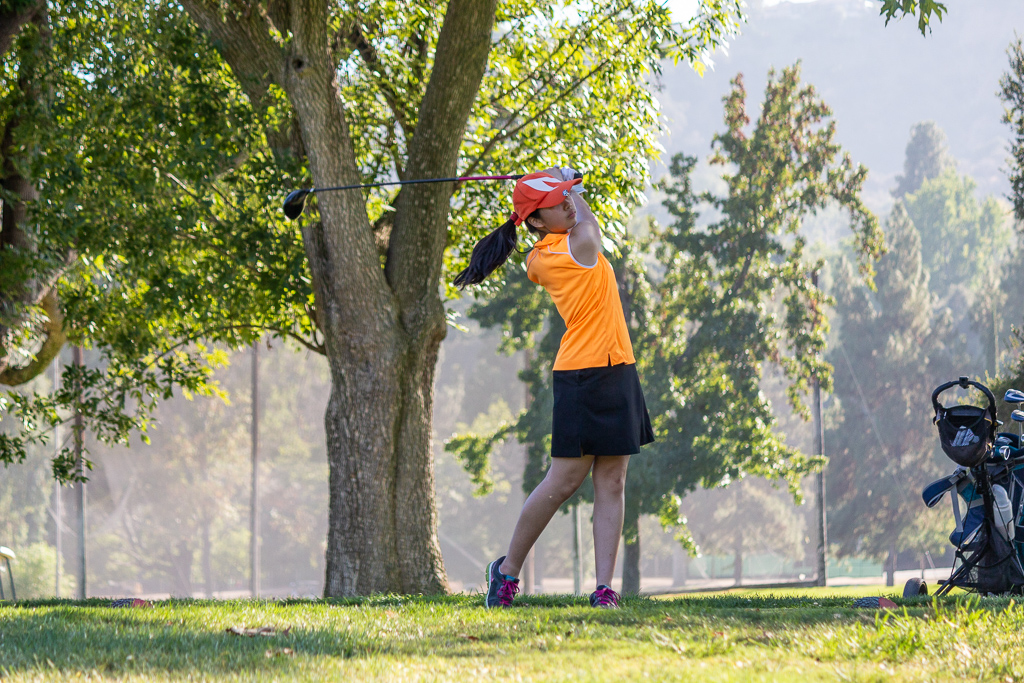 Freshmen Lauren Calderon and Maya Turun led the team with scores of 35 and 38, respectively.

The girls’ golf team defeated the Gabrielino Eagles 205-230 on Tuesday, September 25. After a two-game skid, the Tigers climb to 3-2 in the Rio Hondo League.

Freshmen Lauren Calderon and Maya Turun each had a brilliant performance, shooting for scores of 35 and 38, respectively. Junior captain Victoria Tskvitichvili, who finished with 38 strokes, played well on the nine-hole course. Sophomore Katherine Anthony and freshman Cassy Huang each scored 47 strokes. Junior Tiffany Mai completed the round with a score of 55.

“I think we went into the game knowing that it was kind of make or break [game],” Calderon said. “We really just had to stay positive and play the best we could.”

South Pasadena will begin the second half of the league season against the La Cañada Spartans on Thursday, September 27. The Tigers previously beat the Spartans 205-253 and look to complete the season sweep.