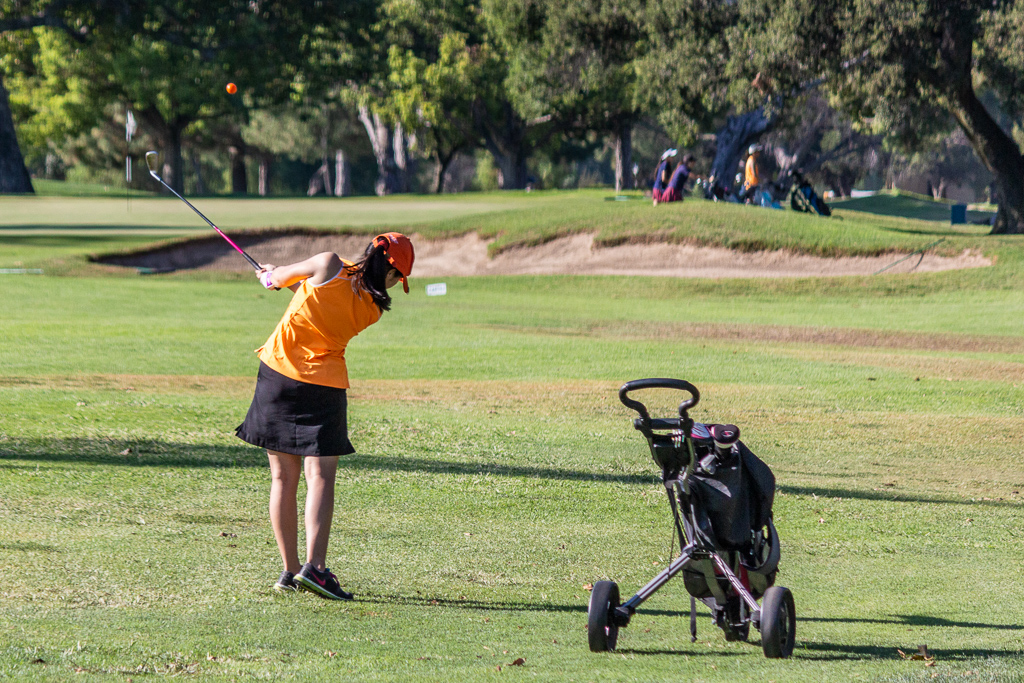 The Tigers will look to improve their record to 2-0 on Thursday, Aug. 29 against Polytechnic.

The girls’ golf team opened its preseason with a clean victory against La Salle with a dominating score of 205-249 on Tuesday, Aug. 27. Averaging 43 strokes per golfer, the low scores leave a promising precedent for the rest of the season.

Senior Victoria Tskvitichvili and sophomore Lauren Calderon led the team, each with an impressive score of 34. Sophomore Maya Turun, junior Katherine Anthony, and sophomore Cassy Huang followed with scores of 46, 45, and 46, respectively. Senior Lindsey Biggar wrapped up the lineup, tallying a 53 stroke count.

“I’m super excited about the next upcoming games,” captain Tskvitichvili said. “And I’m super confident about this season.”

The team hopes to carry on its success and keep its momentum throughout the preseason. The Tigers will play their second match against Polytechnic on Thursday, Aug. 29.