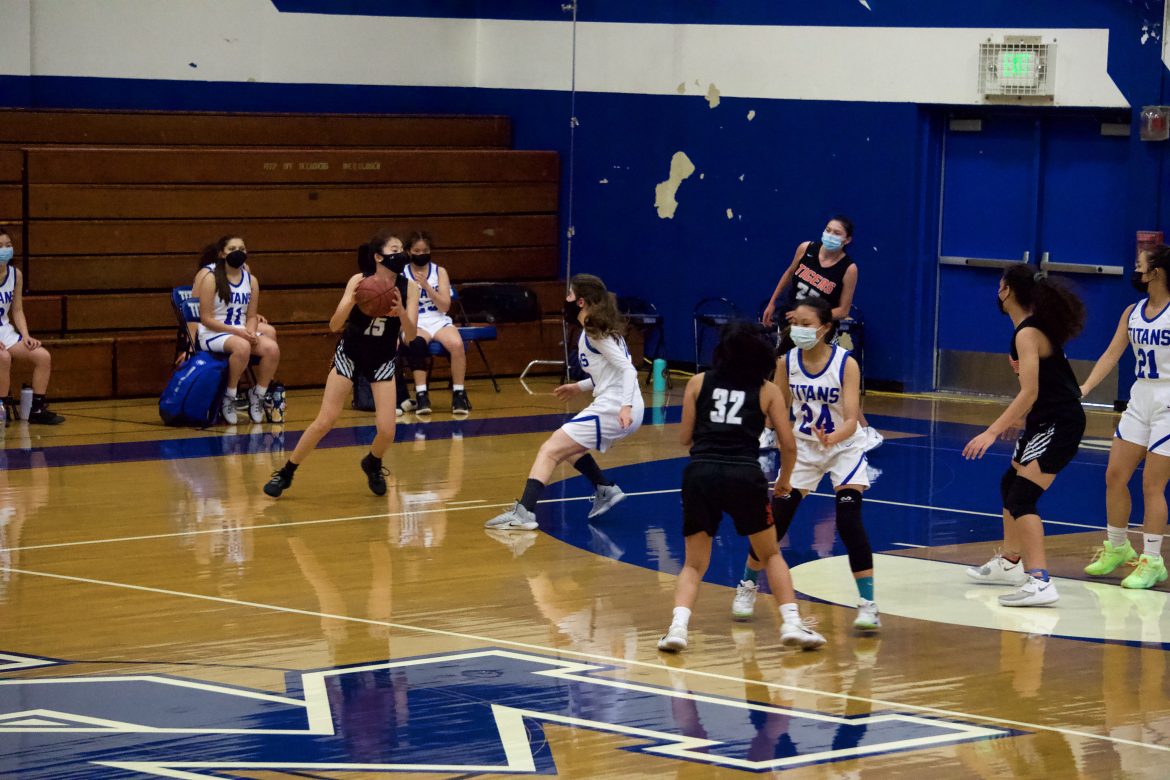 The Tigers look to host La Cañada on Friday, May 14 in hopes of earning another league win.

Not all rival games are fun: Girls basketball’s 55-18 rout of the San Marino Titans on Friday, May 7, was painfully lopsided. And while the Tigers were running up the score, they brought about some gaudy, eye-popping stats.

It took the Titans six and a half minutes to score their opening basket.

At halftime, seven different South Pas players had made a basket — the same amount of points San Marino scored at the break.

Girls basketball keeps on rolling with an undefeated 5-0 Rio Hondo League record. The team will host La Cañada next Friday, May 14, in the most important game of the season: South Pas can clinch its first league title since 2014 with a win.