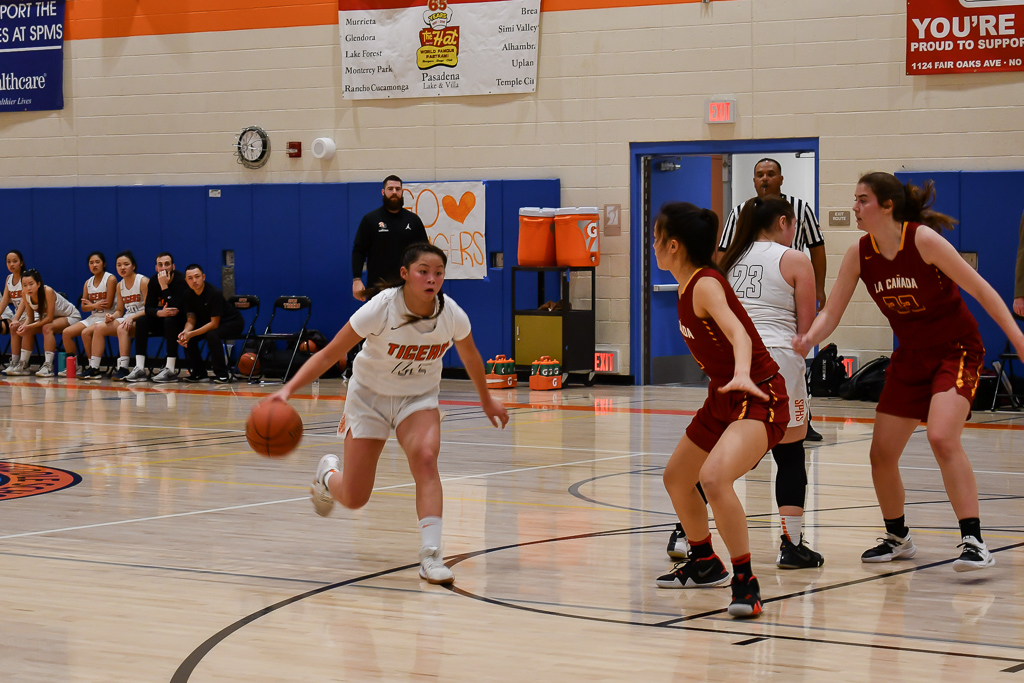 SPHS looks to play against Flintridge Prep on Tuesday, April 20.

Girls basketball fell 42-36 against Arcadia on Saturday, Apr. 17, leaving them with a standing record of 0-2.

South Pas remained just a few points behind Arcadia throughout the entire game, never finding the opportunity to jump ahead. Arcadia’s constant shooting proved to be too much for South Pas’ defense, who ultimately lost their game.

Arcadia jumped right into the game starting off with an aggressive offense. South Pas was unable to make a strong comeback until the second quarter where they managed to bring the score up 16-7.

Throughout the second quarter Arcadia continued their aggression, sinking baskets at every chance. Junior Allysan Tse made rebounds and finished layups every so often but ultimately the South Pas ended the first half down 30-16.

South Pas bounced back at the start of the third quarter with a stronger offense. Junior Alyssa Chan began to show more aggression towards the basket and led South Pas to counter Arcadia 30-25.

SPHS defense also took a turn doing their best to keep the ball out of Arcadia’s possession. Arcadia was slowing down, but not before stepping up earning another three-point shot ending the quarter leading 33-25.

“There has definitely been improvement from our first [game],” Chan said. “We’ve only been able to practice in the gym together for about two weeks so I think as we get more gym time and further into the season we’re going to get better and get back into our rhythm, since most of us haven’t played in a while.”

The Tigers have a chance for redemption on Wednesday, Apr. 21 against San Marino.