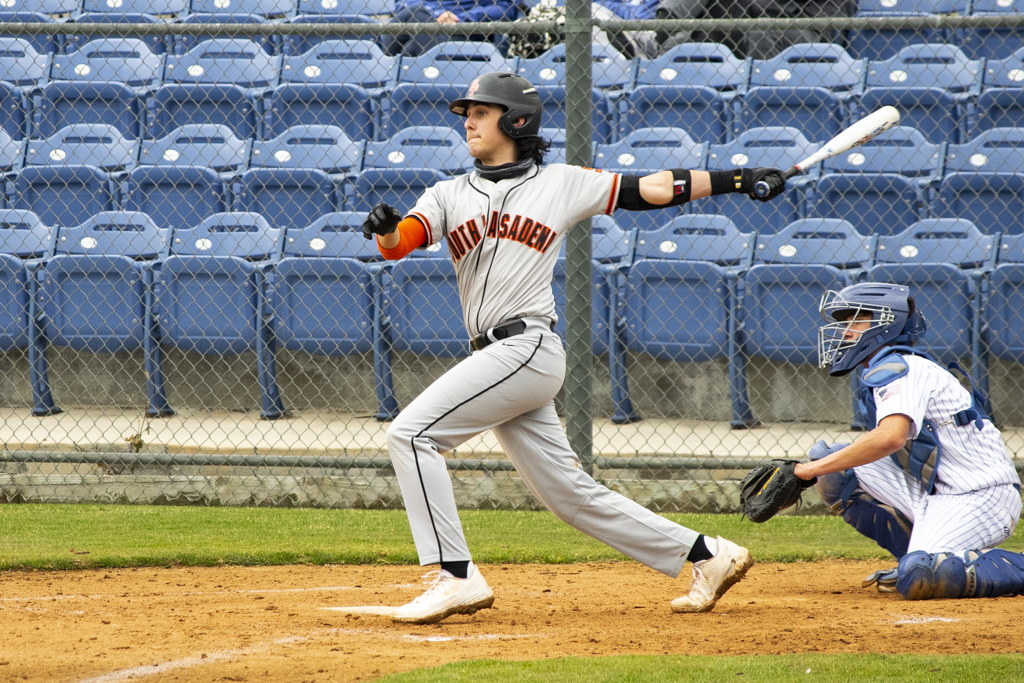 Baseball is left with a season standing of 3-4 and league record of 1-2 and looks to face-off against La Cañada of Friday, Apr. 23.

Baseball suffered a 4-2 loss to the Temple City Rams on Thursday, Apr. 15, dropping them to 1-2 in the Rio Hondo League. The Tiger offense never truly found its footing against the Ram’s pitcher, batting .091 over 22 at bats.

“We just came out flat. The energy wasn’t high from the start of the game,” senior Nico Schroeder said.

Temple City jumped out to an early 3-0 lead, but at the bottom of the third, senior center fielder Isaac Sharp stole two bases en route to a score to bring South Pas to a 3-1 deficit.

The game remained a deadlock until Temple City finished the top of the seventh with another run. Down 4-1, the Tigers began to make a wild comeback attempt.

Junior second baseman DJ Pearson got onto first base on an error and moved to second after a Rams pitcher hit junior outfielder Jack Riffle. Pearson proceeded to steal third and home to bring the Tigers two runs. However, the rally was short-lived, and the Tigers walked away with a 4-2 loss.

“We are looking forward to bouncing back against La Cañada and bringing a lot of energy to beat them,” Schroeder said.

The Tigers look to return to the win column when they visit the Spartans on Friday, Apr. 23.

The beach is all I could ever want and need