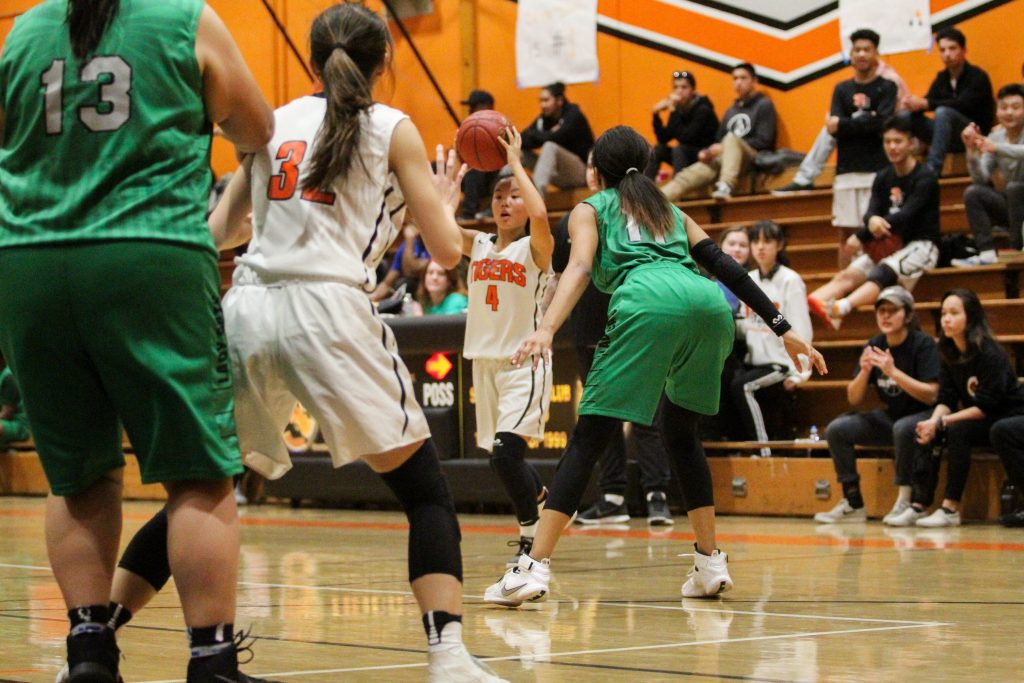 Junior Kayla Zhang looks to inbound the ball to her teammate in the paint, as South Pasadena struggled for leverage. The team was forced to work around its highest disadvantage, but found its groove, with a myriad of points in the third quarter. The win was the team's second league win of the season.

Girls’ basketball defeated the Monrovia Wildcats, 70-43, at home on Friday, January 12. Ultimately, South Pas triumphed because of the energy they brought to the court, marking the team’s second league win.

In the first quarter the game appeared to be evenly tied. The superior skill of the shorter South Pas team was equal to the taller Monrovia’s natural advantage. The Wildcats towered over the Tigers and swatted down many shots in the paint – eerily reminiscent of the Godzilla movie. This quarter was crucial for South Pas to develop a new game strategy and begin taking shots from the outside. Any time the Tigers tried to bring the ball to the Wildcat’s net, they became swamped in a sea of green uniforms. Juniors Flannery Clark and Lauren Kafkaloff both took notice of this defensive strategy and began to lead the team on the outside.The quarter ended at 15-13 in favor of Monrovia, however, as turnovers turned into fast break points for the Wildcats. 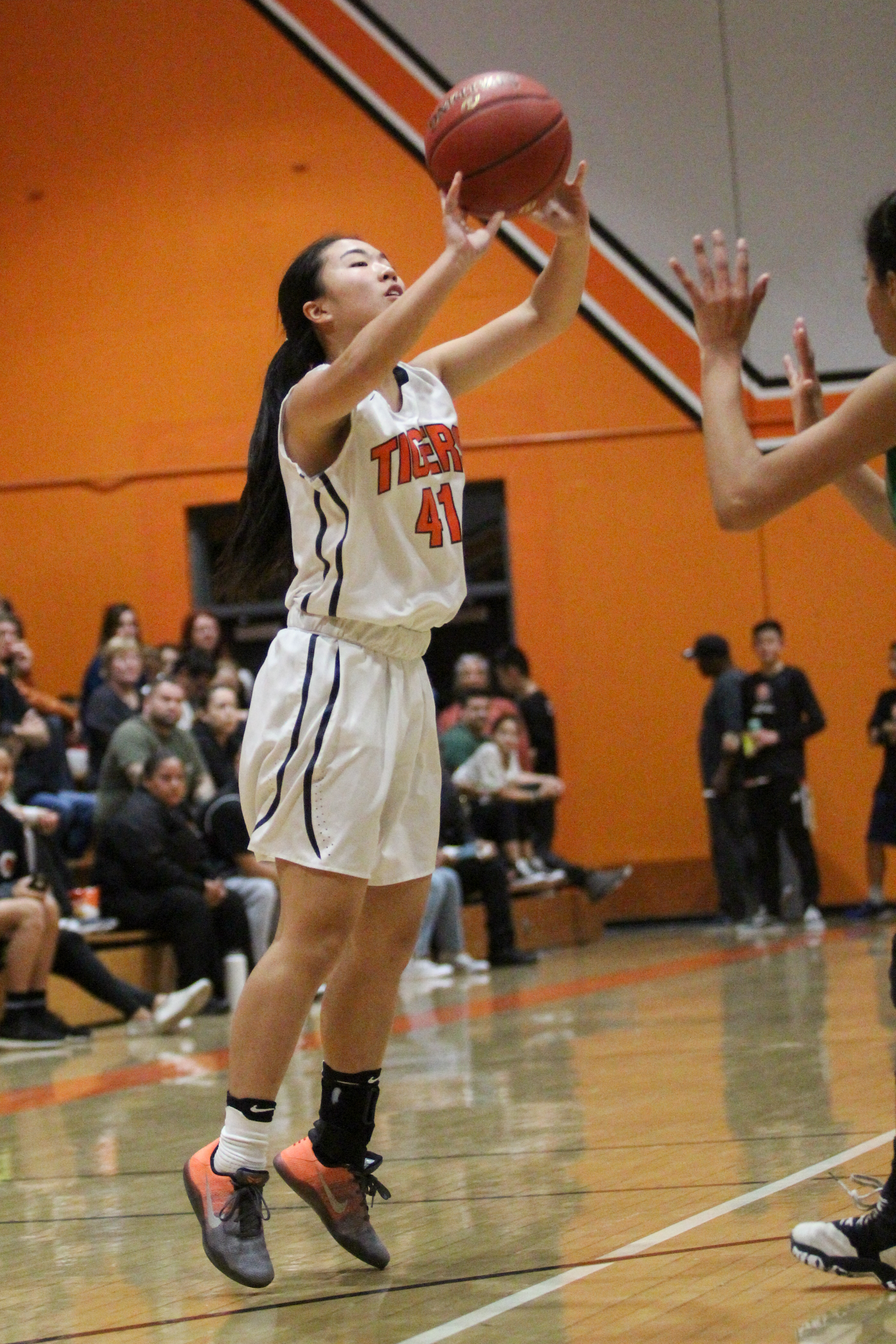 Junior Elaine Yang spots up for a three pointer in the final quarter.

In the second quarter, South Pasadena struggled to regain its lost lead, and compensate for Monrovia’s strength under the net. After Monrovia upped its score with a three pointer, South Pas retaliated in the exact same manner. This trend continued with three pointers and free throws until Clark made a shot from deep and gave the Tigers the lead they would maintain for the rest of the game. Monrovia fought to take charge of the score once more, but this was the final quarter where they were close to that goal. The first half concluded 30-29, with South Pas leading.

The third and fourth quarter seemed to blend together. Both were spent showcasing the Tigers’ supreme scoring abilities. Within a minute of the second half starting, senior Tiffany Holmes was fouled and scored on both her free throws. Her team followed the play with a layup right underneath the Wildcats’ noses. South Pas owned the remainder of the game and exercised its depth by allowing a number of bench players finish the game. The third concluded with a Holmes’ jumper over a defender. With South Pasadena leading, 50-33, there was little doubt in the minds of the The game ended on a great note as sophomore Charlize Kruzic made a three pointer practically from midcourt. The game concluded 70-43, with South Pasadena claiming the win.

Next, South Pasadena will face Temple City at an away game on January 17. The Rams’ league record is not as strong as the Tigers and South Pas is predicted to take the victory.