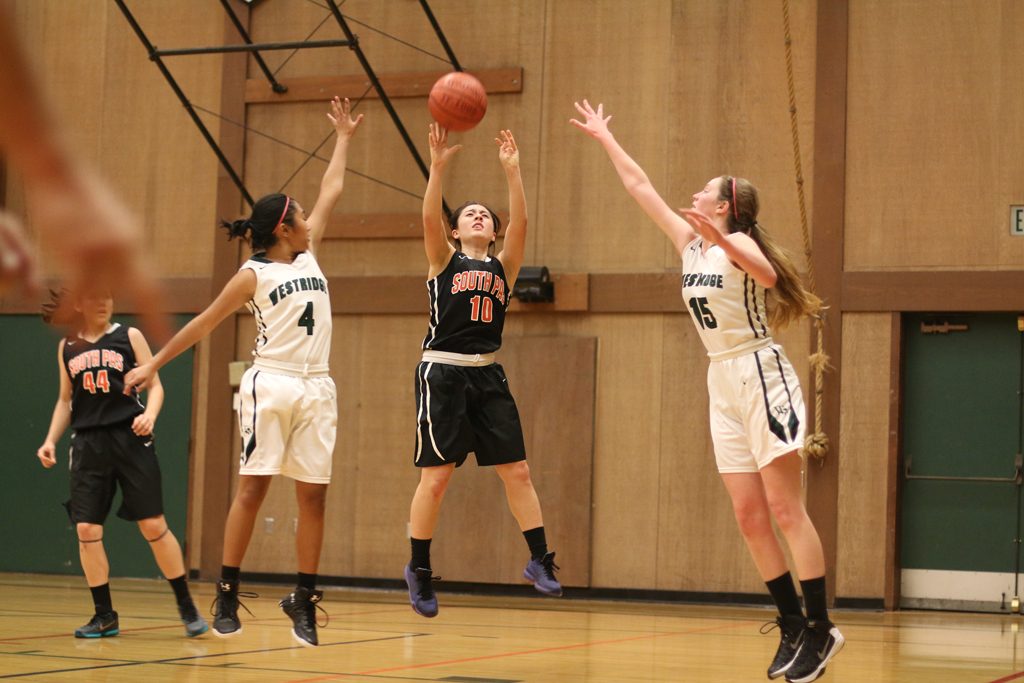 The varsity girls’ basketball team made easy work of Westridge School on Tuesday, December 8, winning comfortably on the road by a score of 45-30. The Tigers were able to utilize their speed and defensive awareness to overcome Westridge’s height advantage.

South Pasadena was slow out of the gate, as Westridge gained an early 6-2 lead. However, the Tigers soon found their stride, and never looked back. Senior Kristen Kafkaloff and junior Jalynne Li came up with multiple steals leading to fast break lay-ups. South Pasadena used this momentum to wear down the Westridge defense and went on a 15-0 run. In the second quarter, Westridge was far less focused, and constantly gave Tiger shooters plenty of space. South Pasadena continued to force turnovers which led to offensive chances, and by halftime the score was 26-14.

The second half was much like the first. Although Westridge held a distinct height advantage, the Tigers used their speed to grab multiple offensive rebounds. On top of this, the girls exhibited fluid ball movement. Junior Jade Lin racked up the assists, connecting with Kafkaloff on numerous occasions. Heading into the fourth quarter, the Tigers held a 39-24 lead. The girls lost some of their intensity on the offensive end as they missed few lay-ups. However, South Pasadena was by far the better team throughout the entire game, and the game ended in a 45-30 victory. Kafkaloff led the team in scoring with an impressive 26 points.

“We played well overall, but there were a few lapses in our concentration,” junior Juliana Tom said. “We have to stay calm when the games get crazy, but I think we’re all learning how to play better with each other now that we’ve had a few games.”

With the win, the team’s record improves to 4-2 in preseason play. The girls’ next game will be on Friday, December 11, at home against Flintridge Prep.