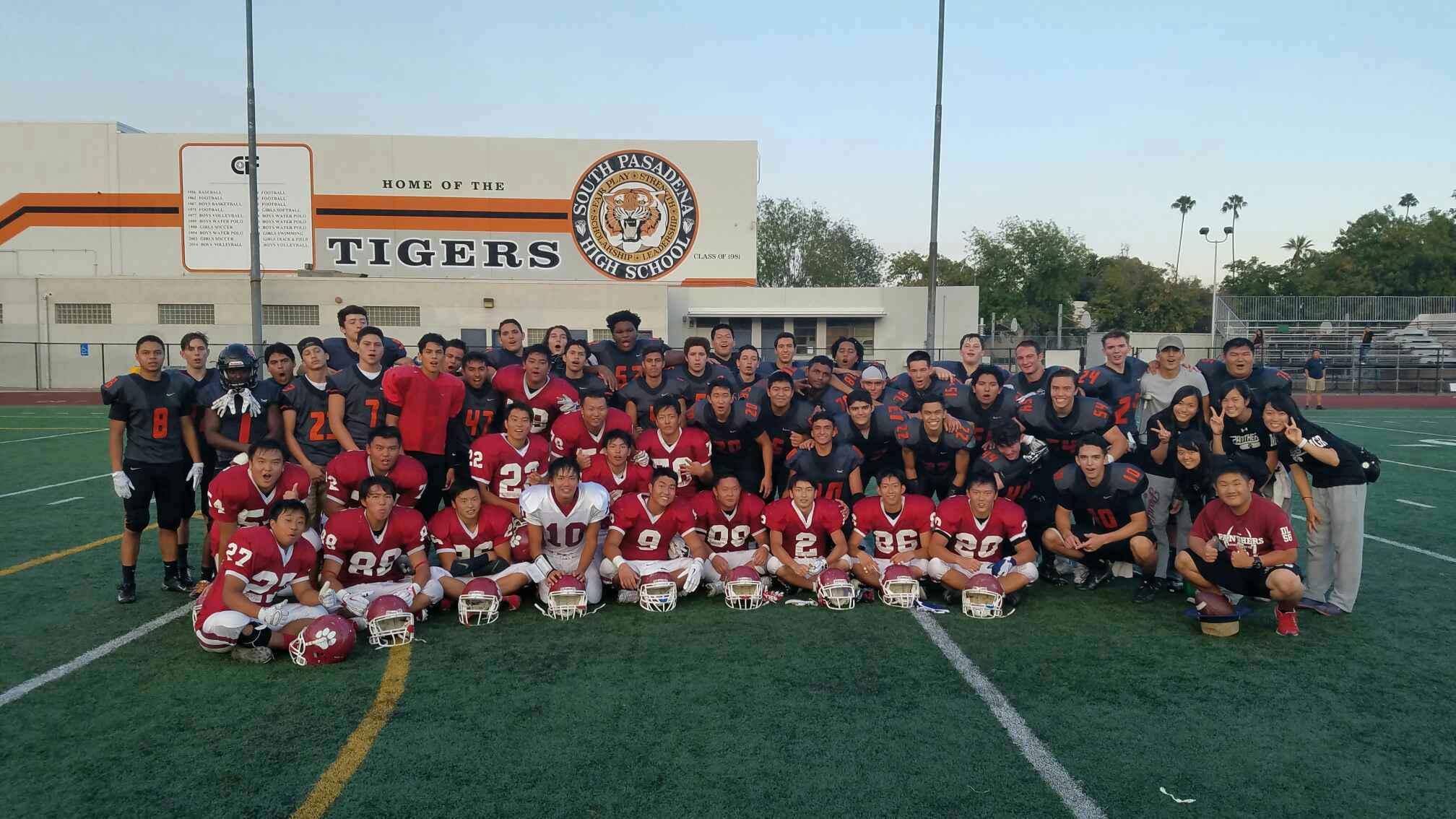 The cooperative scrimmage allowed all four teams to see how they will fare once they begin their seasons in their respective league. Half the field was reserved for two teams to scrimmage against one another and practice full contact football in a game-like atmosphere, while the other two teams scrimmaged on the other half.

South Pas began by taking on the Mark Keppel Aztecs. The Tigers then switched to the Ontario Christian Knights before ending the day with four drives against the Ritsumeikan Uji Panthers.

The Panthers, originating from Kyoto, Japan, have been known to take yearly trips to the U.S. and train with other teams from the States. Unfortunately, wildfires in Southern California forced the team to shorten the number of scrimmages with other high school teams. The practice at South Pas marked the end of a two week road trip for them around Southern California to other schools.

South Pasadena will kick off their season at Rosemead High School on Friday, August 26.