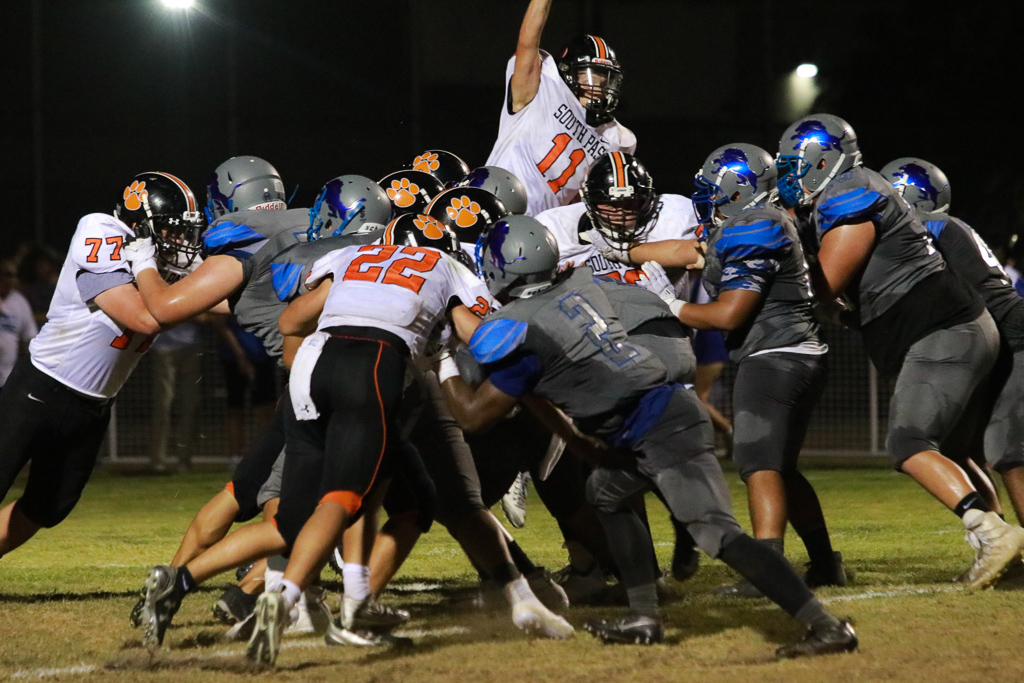 The Tigers were dominated at the line of scrimmage, which opened up lanes for the Lions' running backs.

The SPHS football team suffered their first loss of the year against the El Monte Lions on Friday night, losing in blowout fashion by a score of 59-6. After a commanding performance on both sides of the ball last week, the injured Tiger team was unable to replicate the execution against stiffer competition. The game had extra meaning for the Lions, who were playing their inaugural game in their newly renovated stadium.

Right from the opening quarter, El Monte dominated South Pas in every facet of the game. The Lions, in their shiny grey and blue uniforms, utilized a triple-option attack to run all over the Tiger defense. South Pas had no answer for the deceptive rushing schemes, allowing long runs up the middle and pitches to the outside.

El Monte struck first with two touchdown drives in the first quarter, perpetuated by the Tigers inability to make tackles. Meanwhile, junior quarterback Samuel Luna-Long and the SPHS offense were unable to move the ball against the stout rushing defense of El Monte. Junior Ethan Hong was unable to find the endzone, but he took the majority of the workload in the backfield and was able to pick up a few first downs.

The scoring began to pile up against the Tigers in the second quarter, with multiple 50 plus yard touchdown runs from El Monte. After a fumbled kickoff return from junior Ivan Estrada, the game began to slip away from South Pas. While the Tiger offense was unable to move the ball, El Monte scored twice more to give themselves a 45-0 lead at the half. 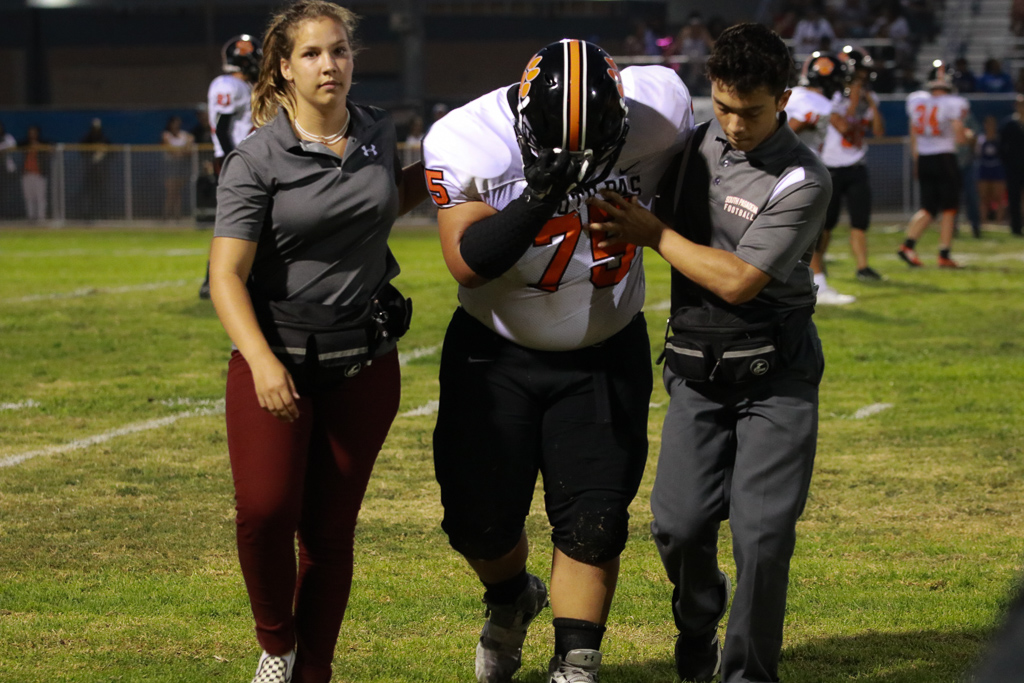 The Tigers were plagued by injuries throughout the game.

South Pas was unable to find its second half groove as they did last week against Mountain View, and surrendered a 70 yard halfback toss for an El Monte touchdown. The Tigers had to deal with injuries to key players against the Lions, one of which came in the 3rd quarter, when Luna-Long went down. Senior Jaden Gallego stepped in as backup quarterback, while Estrada and junior Quentin Pithey handled the kicking duties. Estrada found the endzone for the Tigers’ lone touchdown of the night with a 34 yard rushing touchdown with 5 minutes left in the fourth quarter.

The Tigers will next shift their focus towards the Eastside Lions, who they will be playing at home on Friday, August 31st.