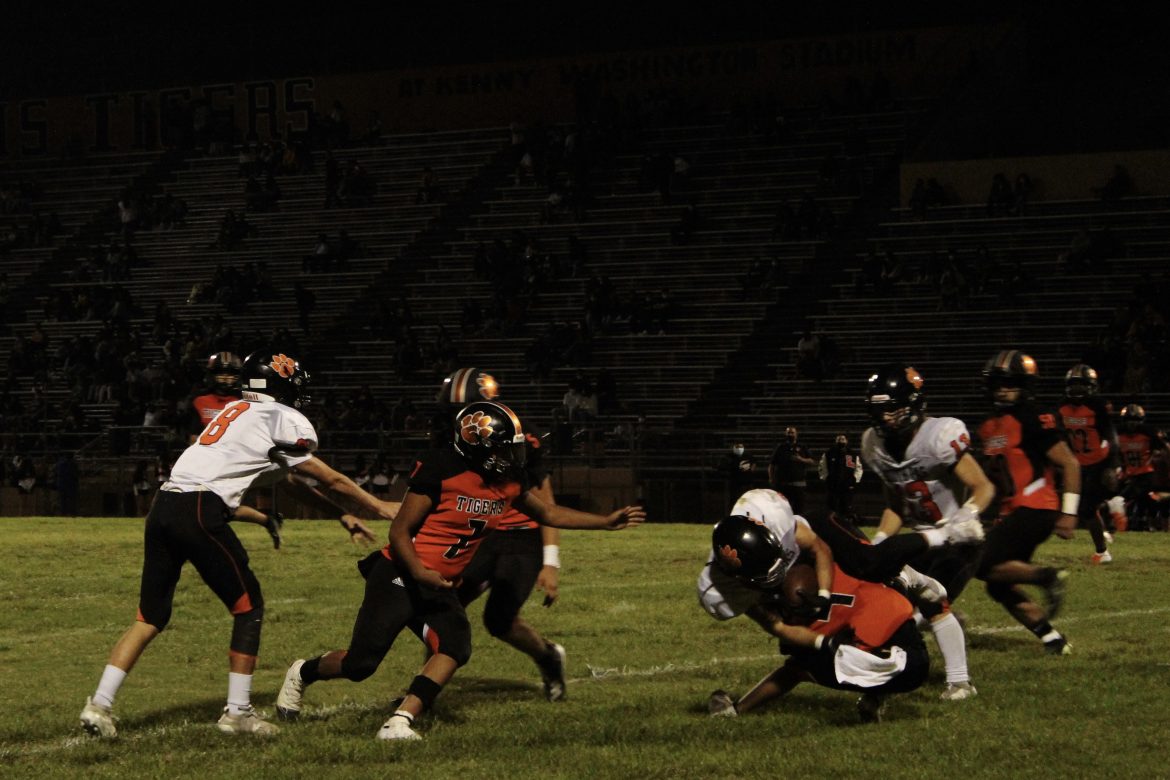 South Pas failed to advance in the scoreless second half.

Football fell short 37-20 against the Lincoln High Tigers in its season opener on Friday, Aug. 20. South Pas had an explosive beginning to the game but turnovers led to a stagnant and scoreless second half in which they couldn’t pull through with a victory.

After Lincoln kicked a field goal to end the first quarter, South Pas pieced together another touchdown drive starting with senior running back Jack Riffle breaking tackles en route to a long run. An encroachment penalty and quarterback run later, South Pas was set inside the 5 yard line and Riffle punched it in to give South Pas a 13-10 lead.

Both offenses clicked heading into the half, with each Tiger team trading touchdowns. Lincoln scored twice within the final two minutes of the half, their shifty running back leading each of the touchdown drives. South Pasadena responded with a 75 yard touchdown reception from senior wide receiver Grant Huntley who found a hole behind the defense and caught Aragon’s pass in stride. Despite a strong offensive effort, South Pas trailed 24-20 at the half.

“In the first half we were very productive offensively in moving the ball,” head coach Jeff Chi said. “Our passing game from Noah Aragon to Grant Huntley and our running game with Jack Riffle was very productive as well.”

After a high scoring first half, the end zone saw no action in the third quarter. South Pas put together a strong drive to open up, but Lincoln’s defense recovered a fumble inside the 10 yard line to stunt their momentum.

The first 6 minutes of the 4th quarter went by without the scoreboard changing. With 7 minutes left in the game, Lincoln’s running back scored to extend their lead to 31-20.

Desperately needing to score, South Pas was unable to put 7 on the board and an Aragon interception sealed the game for Lincoln. South Pas surrendered another touchdown and lost by a final score of 37-20.

Though the first game ended in a loss, Chi is eager for the season and sees the potential in his team.

“One of the reasons we lost was because of the turnovers we had. If you take away those mistakes I believe it would have been a different outcome,” Chi said. “We’re ready to focus on what’s ahead of us. It’s a brand new season, a brand new schedule, and our kids are excited for what we can accomplish.”

The Tigers will face the Viewpoint High Patriots in the home opener on Fri, Aug. 28.