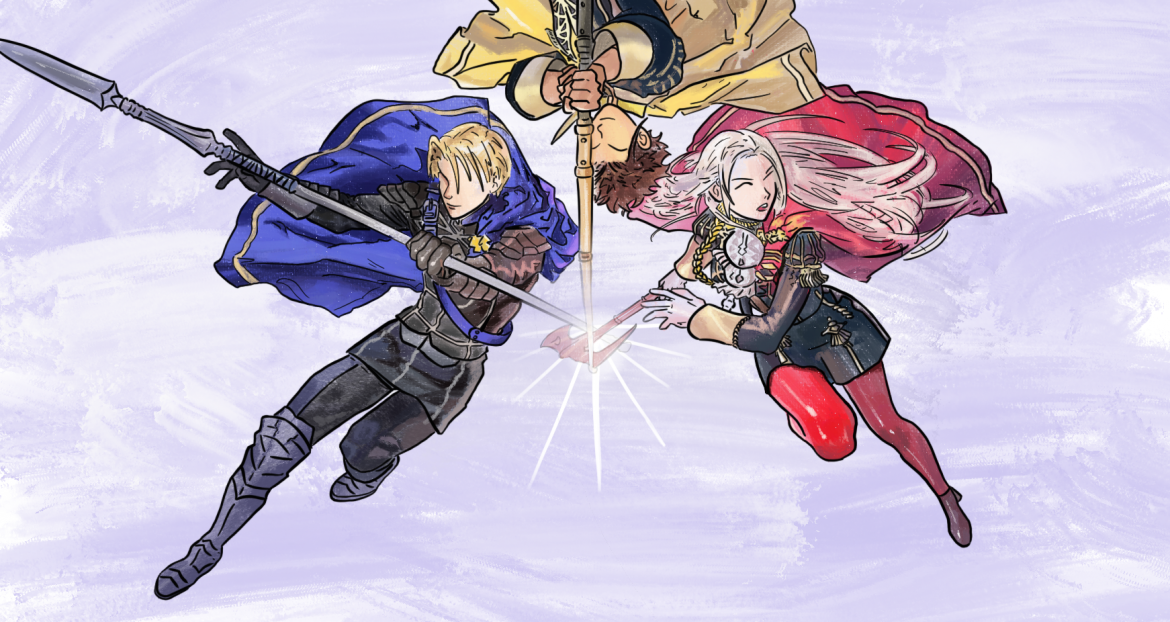 The most remarkable aspect of Fire Emblem: Three Houses is not its strategic RPG gameplay, but rather its story. Initial normalcy at the Gareg Mach Monastery is torn apart as the entire continent of Fódlan plunges into war, while friends and classmates become ruthless enemies locked bloodshed. Everything you did to train your students for the first year leads to this. It is a genius move in storytelling as all characters go through so much development transitioning from school-life to war. Some become absolutely unwavering in their goals, while others become bloodthirsty for revenge after betrayal and heartbreak. Three Houses showcases how war changes people at their most fundamental level, no better demonstrated than when you are forced to kill other students and friends you were once close with.

In Fire Emblem: Three Houses, set in the fictitious continent Fódlan, you play as Byleth, the mysterious child of a knight-turned-mercenary. Through a chance encounter, the player is invited to be a professor at the Gareg Mach Monastery, where students prepare for war and national service. The player is given the choice to lead and train one of three houses, each representing a different region. Everything the students have learned from the player will be put to the test when  war breaks out between the three regions.

The titular aspect of the game is the ability to choose between three houses to teach. Each house has a singular cast of endearing characters, each with their own unique strengths and weaknesses. The decision of which house to lead is one that comes near the beginning of the game, but is ultimately the most integral. Few games give you such a split decision to experience the story in three unique ways, offering refreshing replayability. Students in different houses react and evolve differently as a result of certain events, pushing the story in separate but equally compelling directions.

After choosing a house, the ultimate goal is to enter in battle. Like its predecessors, Three Houses’ combat is based upon a grid screen through which the player can control units’ movements and attacks — including swords, axes, bows, or magic — comparable to a virtual game of chess. There is true freedom in how to position units, specialize characters, and eliminate enemies. These features make combat far more nuanced and strategic than other games in its genre.

Another upside to battling is that it allows you to bond with students which yield support conversations. These increase benefits between characters in battle. As bonds deepen, the player discovers the characters’ background and development. These moments of character development can get surprisingly dark through recollections of abuse and torture, although they serve to humanize otherwise foreign, distant, and fantastical characters, circumventing a common RPG fault.

What the player learns about students in conversations becomes motivation to keep said students alive. This is enhanced in Classic Mode, where the “perma-death” mechanic further incentivizes cautious strategy. The story gives each of the surviving characters an extremely satisfying ending, even going on to pair characters in previously hinted relationships, motivating players to invest in their students throughout the story. These mechanical and emotional incentives makes Classic Mode the definitive way of playing Three Houses.

Despite all of its positives, the game is not without minor flaws. Three Houses’ graphics are not comparable to other Switch titles such as The Legend of Zelda: Breath of the Wild. During short cutscenes and support conversations, backgrounds can seem rather plain. However, well-scripted dialogue takes center stage, distracting the player from aesthetic flaws.

Fire Emblem: Three Houses is nearly perfect, to the point where its flaws are inconsequential to its strengths. Most strategical RPGs focus mostly on the battling system, but this game also offers unique experiences off the battlefield through exploration. It is the perfect blend of thrilling and addicting gameplay with a compelling story, making it an unforgettable experience.  It is by far the best game to release on the Switch this year and holds its own against the Switch’s masterpieces: The Legend of Zelda: Breath of the Wild, Super Mario Odyssey, and Super Smash Bros. Ultimate.