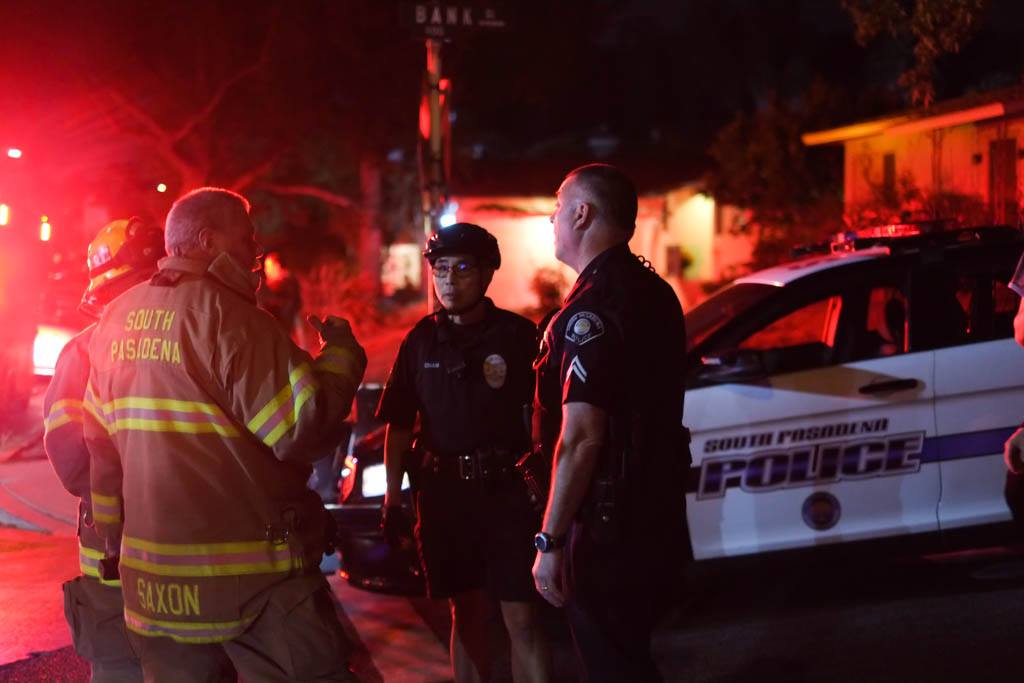 A loud explosion rattled many South Pasadena spectators during the Friday night football game between the South Pasadena Tigers and the Alhambra Moors.

With slightly over a minute left in the third quarter, police rushed from the field to assess the situation on Bank and Meridian after hearing an explosion. Play resumed almost immediately, but some fans were left disoriented.

Police immediately interviewed witnesses in the surrounding area, but did not prevent bystanders from entering the area. After interviewing several students, police suspect that a large explosive device was set off by South Pasadena High School students.

“We’ve confirmed that the device was an M-80,” SPPD Officer Chen said. “Setting one off is punishable by law, but right now, we have no confirmed suspects.”

The case is currently investigated by police, but the school may get involved if new information arises.

“It will probably be a police matter,” SPHS principal Janet Anderson said. “However, it may be a school issue as well… we’d have to know where it was detonated, how near to other people, and whether it could potentially cause danger to life, but [if it is a school issue] we would pursue it very seriously and vigorously.”

No damages have been reported and the area is now clear of local law enforcement.

However, many students and community members were left shaken from the startling event.

“At first, I was really shocked, but once I saw the police I felt a little safer,” sophomore Kate Kutzer said. “The scariest thing was seeing the reaction on the stands, and how everyone went totally silent.”

The football game concluded with a South Pasadena victory, 20-0.