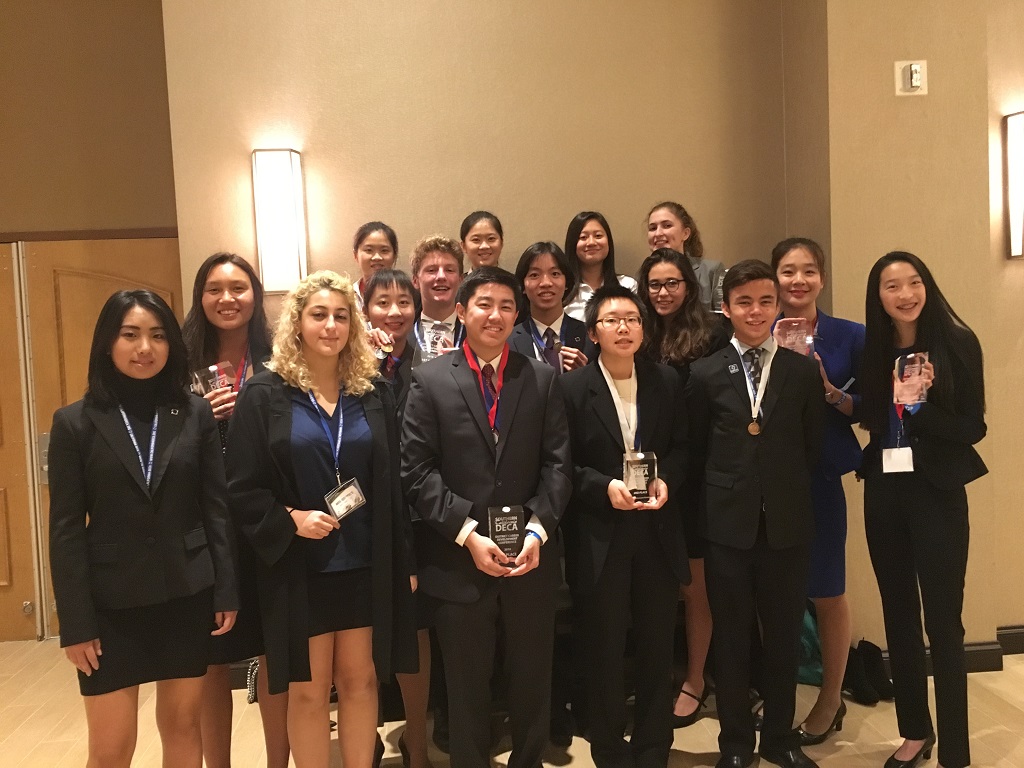 DECA club members dominated district competition at Wyndham Garden Grove Anaheim from January 8 to January 10. A majority of the team members finished in the top eight in their events. The team also brought home seven Grand Awards for finishing in the top three in the overall competitions.

DECA is a program designed to develop and test students’ skills in career clusters including business, entrepreneurship, marketing, finance, hospitality and tourism. Within each of  these clusters are several competitive events which students compete in, including Human Resources Management, Business Management and Administration, and Team Decision Making on Sports and Entertainment Marketing. Competitors in each event are scored based on a written exam and either one or two role play portions. each including written exam and role-play portions.

“I think that we all did really well this time around,” club vice president Kendrick Shen said. “We were able to take home a lot of awards and a lot of our first year members were able to place which was really exciting.”

The club is currently planning on sending members to the State Competition on March 3-6. The conference will take place in San Diego and will be the club’s second time attending the competition.