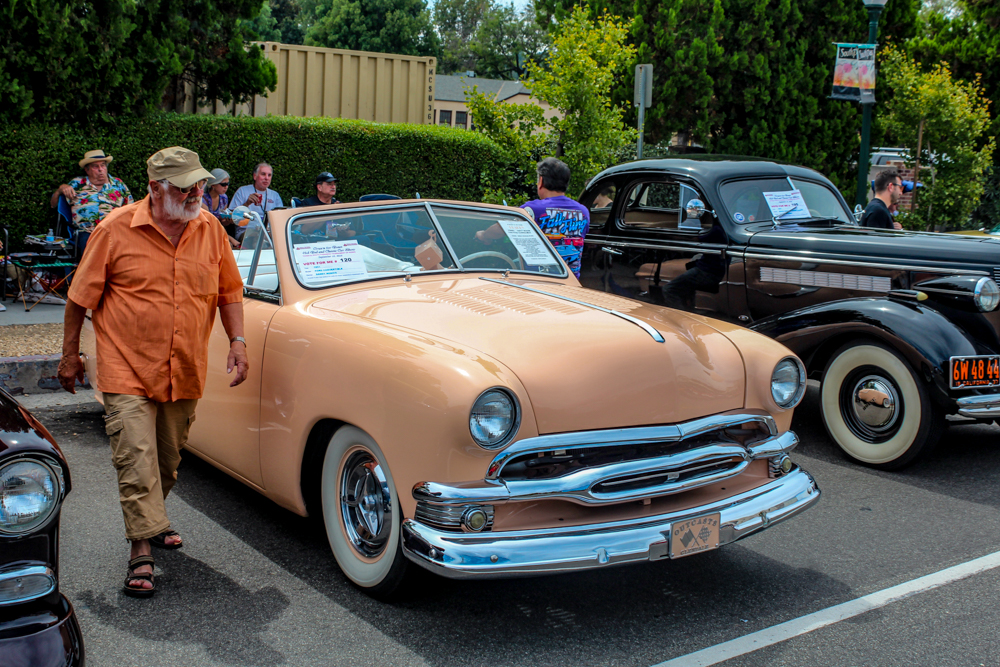 Janet Benjamin, runner of the show, has been there since the beginning, when her father and his friend founded it 15 years ago.

“We had to come up with a fundraiser for the South Pasadena Tournament of Roses float,” Benjamin said. “And back then, there weren’t a lot of car shows, but they were getting popular. So, we decided to try it and we’ve been doing it ever since.”

This year nearly 200 cars entered the car show, with many dating back to as far back as the 1950s. Many of the show’s car owners, such as Jim Richardson, keep bringing their extravagant cars every year.

“It’s only my second year at this show. I liked it so much last year that I decided to come again with three cars,” Richardson said. “I like the money that it’s raising for the city of South Pasadena and I’ve always been into old cars.”

The event not only raises lots of money for the Rose Parade float, but also brings the community together. Officer Richard Lee, a SPPD detective and crime analyst, expressed his love for the public interaction and engagement that comes with the event. Although there was no open house tour of the SPPD station like last year due to funding, officers still held a booth at the show.

“As a crime prevention officer, it’s my job to reach out to the community. This is a great event for public relations, usually about 8,000 people show up,” Lee said. “People come in and talk to us about whatever problems they have, so we can hear actively. Otherwise, the extent of most people’s interaction with the police is just getting a ticket.”

All proceeds from the event will go towards funding South Pasadena’s 2020 Rose Parade float themed “Victory at Last” in honor of the fight for women’s suffrage, which will debut on New Year’s Day.