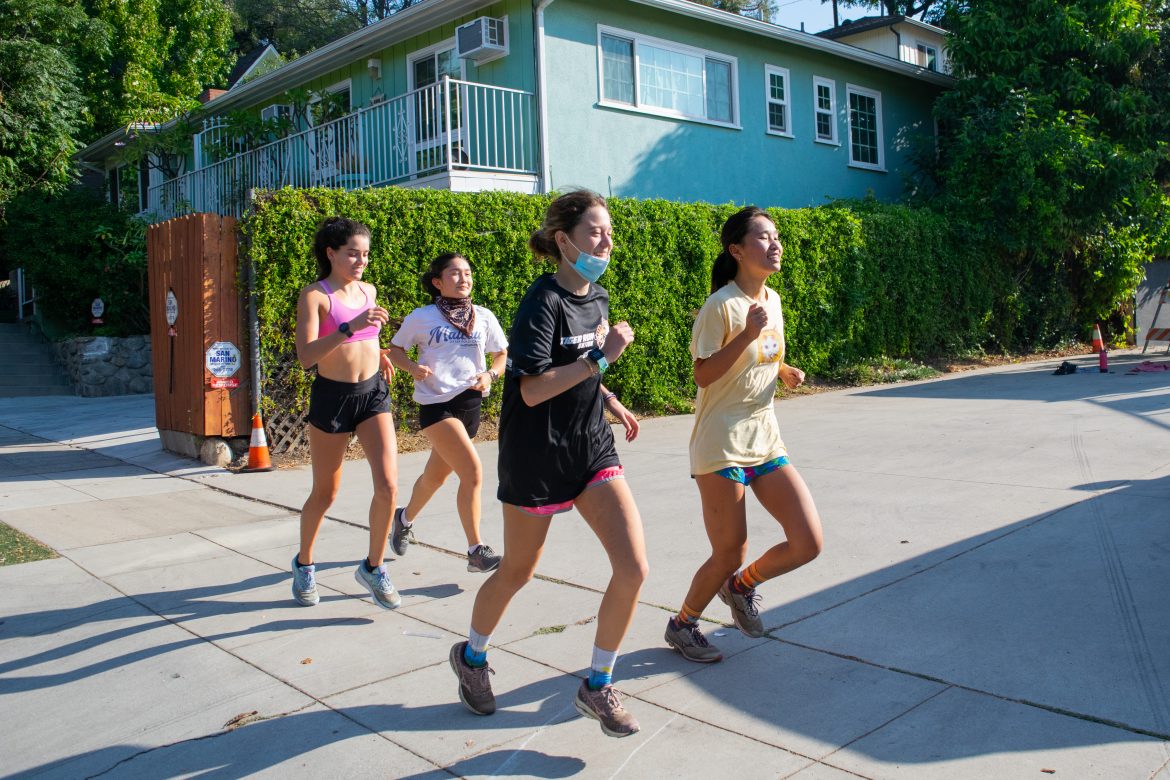 The Cross Country team at SPHS has continued to hold practices throughout the fall school year despite a delay in the athletic season.

During a regular school year, clusters of cross country runners could be spotted running through the streets of South Pasadena. However, this year’s changes to their routine and sports season haven’t stopped the team from keeping up their morale and practicing.

The team has maintained a similar schedule to one during a regular school year, where Mondays and Thursdays are for practicing speed, Tuesdays and Saturdays are for running hills and long distances, and Wednesdays and Fridays are reserved for recovery runs. With cross country coach Mike Parkinson sending out online schedules and weekly workout routines, students on the team have continued to  practice in a socially-distant setting running in smaller groups.

“[The practices] have been a great place to see friends instead of being socially isolated,” junior Miranda Liu said. “When you’re on your own it’s difficult to keep pushing as hard as you would when you can see your teammates, even if they’re not next to you like typical times. The feeling of normalcy boosts morale.”

The team’s training has also transitioned to an online setting where students are able to interact with the coach by logging in their times and mileage for runs, workout routines, and progress onto the website XCStats. The program acts as a weekly calendar that allows coaches to provide feedback.

Many team members have also been participating in virtual races where they are timed by a supervisor to run certain distances. The races help maintain a sense of habitualness among the team, allowing students to keep their competitive spirit. Those who place high enough after the race can receive medals that help students stay motivated, encouraging them to continue to set new goals and personal records for the unofficial season.

Although the team has kept a positive outlook on the current setting and possible season, it is not met without disappointments. The limited interactions among team is disheartening for many members.

“Social distance practice has lost a bit of what made a normal practice so great: the team,” sophomore Karl Tizon said. “I looked forward to finishing up my run and being able to chat with my teammates in the weightroom or a cafe.”

Nevertheless, members of the cross country team have continued to stay focused for the opportunity to compete despite the uncertainty of a season. With the hope of a late season in December the team remains committed to their training.